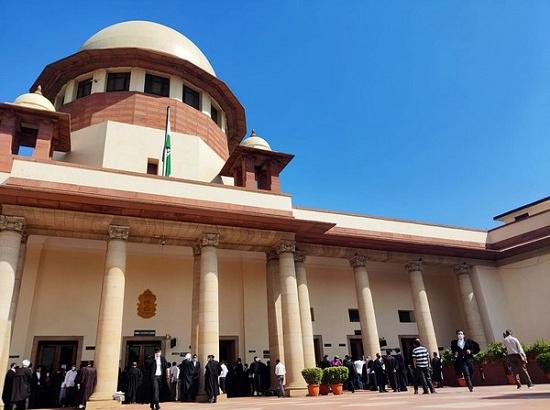 In a recent development, the Supreme Court ordered that the accused in the Kathua rape case would be tried as an adult and not as a minor offender.

The court order came on the Jammu and Kashmir administration’s plea challenging its High Court order dated October 11, 2019. Jammu and Kashmir High Court on October 11, 2019, dismissed the plea challenging order passed by the Chief Judicial Magistrate of Kathua on March 27, 2018, declaring to treat the accused in this case as a juvenile under the Act of 2013.

The High Court had, however, claimed that the trial Court had not committed any illegality or impropriety which would warrant any interference in this revision petition.

The case pertains to 2018 when an eight-year-old girl, belonging to a nomadic Muslim tribe, was abducted, drugged, gang-raped, tortured, and killed on January 10 in the Kathua district of Jammu and Kashmir.

A Pathankot court on Monday convicted mastermind Sanji Ram and two others for murder, gang rape, and conspiracy and sentenced them to life imprisonment while three police officials were found guilty of destroying evidence and given five-year jail terms.

In January 2018, the gruesome rape and murder of an eight-year-old girl in Kathua in Jammu and Kashmir caused nationwide outrage, a Pathankot court had convicted mastermind Sanjhi Ram and two others for murder, gangrape, and conspiracy and sentenced them to life imprisonment while three police officials were found guilty of destroying evidence and given five-year jail terms.

The District and Sessions judge had pronounced the three main accused–Sanji Ram, Parvesh Kumar and Deepak Khajuria–guilty and convicted them under Sections 120 (b) (criminal conspiracy), 302 (murder), 376 (d) (gang rape), 328 (Causing hurt by means of poison), 363 (Kidnapping or maiming a minor), 201 (destruction of evidence) and 343 (Wrongful confinement for three or more days) of the Ranbir Penal Code (RPC).

Police officials Anand Dutt, Sub Inspector, Tilak Raj (Head Constable) and Surender Verma, Special Police Officer, have been sentenced to five years in jail under section 201 of IPC for destroying evidence. They have also been directed to pay Rs 20,000 each.