Yamuna continues to flow above danger mark in Delhi 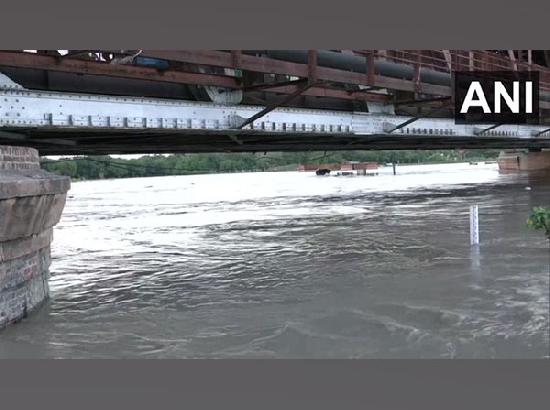 With the regular increase in the water level, the Yamuna on Wednesday continued to flow above the danger mark in the national capital.

Notably, as a result of heavy rainfall in Delhi for three consecutive days, the river crossed its danger mark on Tuesday afternoon after reaching 206.30 meters.

On Tuesday, owing to the danger caused by the rise in water level, the northern railways suspended the rail traffic over the old Yamuna Bridge from 4:00 pm (on Tuesday).

Consequently, a number of short-terminated and short-originated trains were also canceled or diverted by the northern railways.

The Hazrat Nizamuddin – Ghaziabad Special was also scheduled to take a short termination at Delhi, and Aligarh – Delhi Special took it at Ghaziabad.

Meanwhile, due to incessant rains in the national capital, many roads have been affected by waterlogging, uprooting of trees and potholes.

However, the India Meteorological Department in its Delhi forecast for the next seven days predicted partly cloudy sky till October 3 and a generally cloudy sky with little rain on October 4.