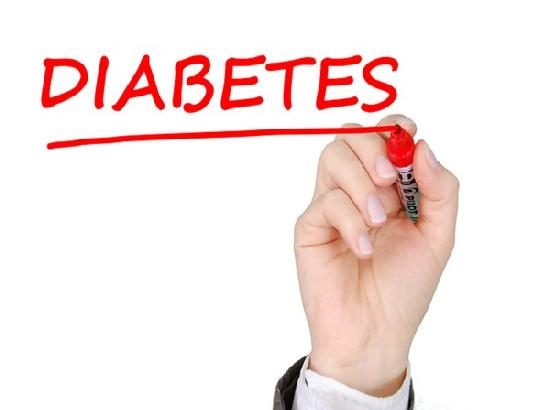 The World Health Organization has called for increased access to quality diabetes education for healthcare workers and people living with diabetes as part of efforts to achieve access for all to quality, affordable diabetes care, on the occasion of World Diabetes Day.

According to the WHO, around 422 million people have diabetes, and 1.5 million deaths are directly attributed to diabetes every year around the world.

“In the WHO South-East Asia Region, more than 96 million people are estimated to have diabetes, and another 96 million to be pre-diabetic, causing at least 600 000 deaths annually. By 2045, unless urgent action is taken, the prevalence of diabetes in the Region is expected to increase by 68 percent,” a statement from the WHO said.

The statement highlighted the seriousness of Diabetes and said that if detected late, or improperly managed, can lead to serious and life-threatening damage to the heart, blood vessels, eyes, kidneys, and nerves.

The WHO also laid down the methods to reduce the risk of type 2 diabetes.

“The risk of type 2 diabetes can be reduced through regular and adequate physical activity, healthy eating, and avoiding tobacco and the harmful use of alcohol. If developed, type 2 diabetes can be managed through medication, control of blood pressure and lipids, and adherence to a healthy lifestyle. Type 1 diabetes, which affects more than 250 000 children and adolescents in the Region, cannot currently be prevented but can be managed. For people living with both types of diabetes, access to affordable treatment – including insulin – is critical to their survival,” it said.

According to the statement, the region continues to take targeted action to address diabetes, in line with its Flagship Priorities on preventing and controlling noncommunicable diseases (NCDs) and achieving universal health coverage (UHC), as well as its recently adopted Implementation Roadmap on NCD prevention and control 2022-2030.

“Almost all countries now have in place standardized treatment guidelines for diabetes and must provide at least one hypoglycemic drug at the primary health care (PHC) level. Across the Region, the WHO HEARTS-D technical package is supporting PHC personnel to diagnose, treat and manage diabetes, accelerating Region-wide efforts to reorient health systems – including NCD care – to the PHC level,” it said.

According to the world health body, in 2021, amid the COVID-19 response, WHO supported the delivery of insulin donations to Bhutan, Maldives, Nepal, Sri Lanka, and Timor-Leste, alongside 45 other low- and middle-income countries globally.

“The Region is currently on track to achieve a 30 percent relative reduction in tobacco use prevalence between 2010 and 2025, and last year launched a Regional Roadmap on implementing the Global Action Plan on Physical Activity 2018-2030. The Roadmap will help Member States achieve a 15 percent relative reduction in the prevalence of insufficient physical activity by 2030, which will in turn help them to reduce expected increases in new diabetes cases,” it said.

The WHO said that it is calling for action in several key areas including the setting up of time-bound targets to address gaps in service coverage.

“First, policymakers should set time-bound targets to address gaps in service coverage, with a focus on equity and leaving no one behind.

Second, high-impact, cost-effective, and context-appropriate interventions must continue to be identified and implemented. For this, the Global Diabetes Compact, launched in April 2021, calls for targeted efforts to enhance community empowerment and increase private sector engagement,” it said.

“Third, policymakers should continue to strengthen PHC service delivery, ensuring that diabetes screening and care are available, accessible, acceptable, and of adequate quality, without discrimination, accelerating momentum from the 2016 Colombo Declaration,” the statement said.

It added that the countries must continue to promote access to essential medicines and priority devices, including insulin, in national benefit packages – a key focus of the Region’s Flagship Priority on UHC.