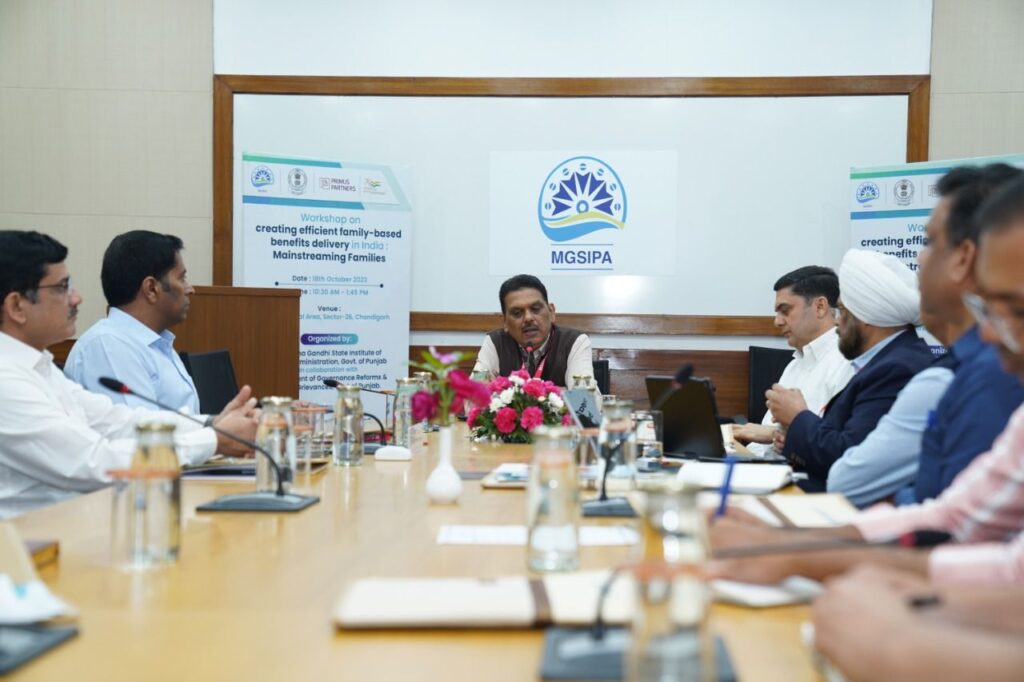 This workshop was organised to deliberate on the future of benefits delivery to our citizens and its related processes and systems, which was attended by officials from various states including Punjab, Uttarakhand, Bihar, Madhya Pradesh, Maharashtra, Karnataka and Ladakh.

This workshop was organized on the directions of Governance Reforms Minister Gurmeet Singh Meet Hayer in line with the vision of Chief Minister Bhagwant Mann on the State’s commitment to ensure 100% saturation of benefits in Punjab and in providing ease of governance to the citizens of the State.

The aim of the workshop was to create a common platform for all the States to exchange ideas and thoughts around creating a family-based welfare delivery system along with comprehending the role of Aadhar in building such a repository.

MGSIPA Director General Anirudh Tewari highlighted the relevance of a family-based benefit delivery system for States across the country.

In the concluding remarks, Principal Secretary Governance Reforms Tejveer Singh highlighted that Haryana and Karnataka have already taken lead in developing such systems and it is an opportune time for other States to not only learn from such initiatives but also create forums like these to deliberate upon the challenges and good practices being implemented by other states.