Wife of Sarabjit Singh, who died in Pakistan jail, killed in road accident 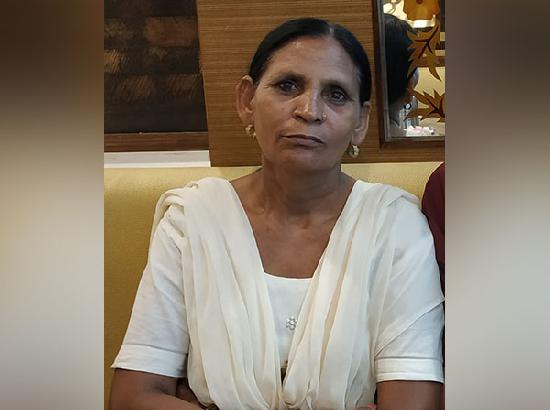 Sukhpreet Kaur, the wife of Sarabjit Singh who was killed in 2013 in a Lahore jail, died in a road accident on Monday.

According to Swapandeep Kaur, the daughter of Sarabjit Singh, her mother Sukhpreet Kaur fell off a motorcycle on Sunday while going to Jalandhar.

The incident took place in Bhikhiwind. She was then admitted to the hospital where she succumbed to injuries on Monday. Sukhpreet Kaur’s cremation will be performed today.

Sarabjit Singh was a farmer from Bhikhiwind town in Punjab, who used to live near the India-Pakistan border, and who mistakenly crossed the border while he was drunk. However, he was sentenced to death by a Pakistan court in 1991.

Singh was kept in the Kot Lakhpat jail in Lahore for 22 years and after that, he was beaten up by his inmates and was taken to hospital. Singh was declared dead by doctors at Lahore’s Jinnah Hospital after being comatose for five days due to severe injuries in the head after an attack on him on the jail premises in 2013.

During his 22 years in jail, his older sister Dalbir Kaur had fought against the system to release her brother.

Dalbir Kaur had always insisted that her brother, Singh was innocent and had strayed into Pakistan by mistake when he was arrested. She also went to Pakistan to see her brother.

The Ministry of External Affairs had asked the Pakistan government to conduct a probe into Singh’s death, while his sister, Dalbir Kaur had also called for an inquiry into the case and said: “If the attack was planned by the government itself, then there is no need for an inquiry. But if Sarabjit was attacked without the knowledge of the authorities, then an inquiry is needed.”

Dalbir Kaur also passed away in June this year.