Wanted to be an action hero when I joined film industry 32 years ago: Shah Rukh Khan 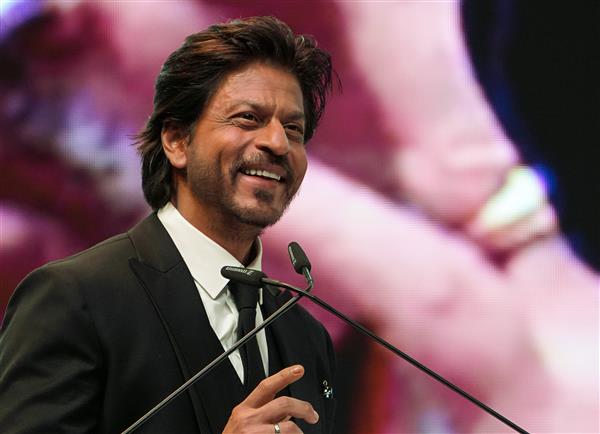 Shah Rukh Khan may be known as the ‘King of Romance’ in Bollywood, but the actor says he wanted to be an action hero when he first joined the Hindi film industry 32 years ago.

That’s why his latest film “Pathaan”, in which the actor stars as the titular spy, is a dream come true for the actor.

“I mean I love ‘Dilwale Dulhania Le Jayenge’, and I love Rahul and Raj and all these good sweet boys but I always thought I was an action hero, so for me it is it’s my dream come true,” Shah Rukh said in a video interview posted by Yash Raj Films on YouTube.

Directed by Siddharth Anand, “Pathaan” marks the superstar’s return to leading man roles after “Zero” in 2018.

The movie, also starring Deepika Padukone, John Abraham, Dimple Kapadia and Ashutosh Rana, is the first major release of Bollywood in 2023 and a lot is riding on its performance at the box office after a dismal 2022.

Just like all of his films, “Pathaan” is also close to his heart, Shah Rukh said.

“It’s been a long time since I entertained people with a good film and I hope this one will. It’s an action film, it’s close to my heart. All films are. It’s made from a lot of goodness by good people. I hope people enjoy it.

“I think it’s larger than life and cinematic, which is the call of the day. It is a film that you want to watch on the big screen. After watching two-three times on the big screen, you can watch it on OTT,” he added.

The 57-year-old actor said he had a great time collaborating with a capable director like Anand, who earlier made “War” with Hrithik Roshan and Tiger Shroff.

“To be able to surprise as an actor, you really have to give yourself into the hands of a capable director and I think in this genre film, nobody knows better than Siddharth. So there’s not much to question. I’m working with him for the first time and he knows this kind of cinema very well. I just love the world that Siddharth makes,” he said.

“Pathaan” centres around Shah Rukh’s titular spy who races against time to stop a mercenary group called Outfit X from executing a terror attack on the Indian soil.

The actor described his character as an easy guy, who likes doing a lot of tough things.

“I think he’s naughty, he’s tough but doesn’t wear it on his sleeve. He’s trusting. He’s honest and I think he very single-mindedly thinks of India as his mother,” he added.

On sharing screen space with Deepika, his co-star from films “Om Shanti Om”, “Chennai Express” and “Happy New Year”, Shah Rukh said she has quite a layered character in the movie.

“You need someone of the stature of Deepika to be able to pull off a song sequence like ‘Besharam Rang’ and then you know, to be able to do action, where she takes a guy and pulls him right over herself and beats him, she’s tough enough to do that too.

“That kind of a combination could have only been achieved with someone like Deepika. Then there’s this whole emotional thing, so there are two-three sequences in the film where you get to know why there is a balancing act of not knowing whether she is a bad person or a good person. And there’s a huge vulnerable side to the character,” he said.

Shah Rukh called John a “gentle giant”, who was initially an acquaintance before becoming a friend.

“I have known John since I came to Mumbai. He was one of my first friends, first acquaintances to start with which then turned into a friendship. I have known him for years, he is very shy, quiet and reclusive. I have met him many times when he is doing a film or wanting to do a film together. This (film) happened by chance,” he said.

The actor lauded John for taking the role of the villain in the movie, which he said is a rarity in Hindi cinema.

“He was kind enough to accept a role where he really is a bad guy. He is a top star, has his own franchises happening and own action films happening. But then to take on a film where he is the bad guy, it takes a lot of guts and confidence in yourself, especially when I see in the Hindi film scenario. Heroes don’t play bad guys but I would love to play a bad guy. So I gained deep respect for him,” Shah Rukh said.

The actor said it is his wish that audiences like John’s character the most in “Pathaan”.

“It’s a big challenge for someone like him. I hope, genuinely, that when ‘Pathaan’ comes out, the most liked character in the film is John’s. I really wish because it takes a lot of guts to do what John has done,” he added.

It is a part of filmmaker Aditya Chopra’s ambitious spy universe which also includes Salman Khan-Katrina Kaif’s “Ek Tha Tiger” and “Tiger Zinda Hai” as well as Hrithik Roshan’s “War”. The third film in the “Tiger” franchise is set to arrive in December.

Salman will also make a special appearance in “Pathaan”.