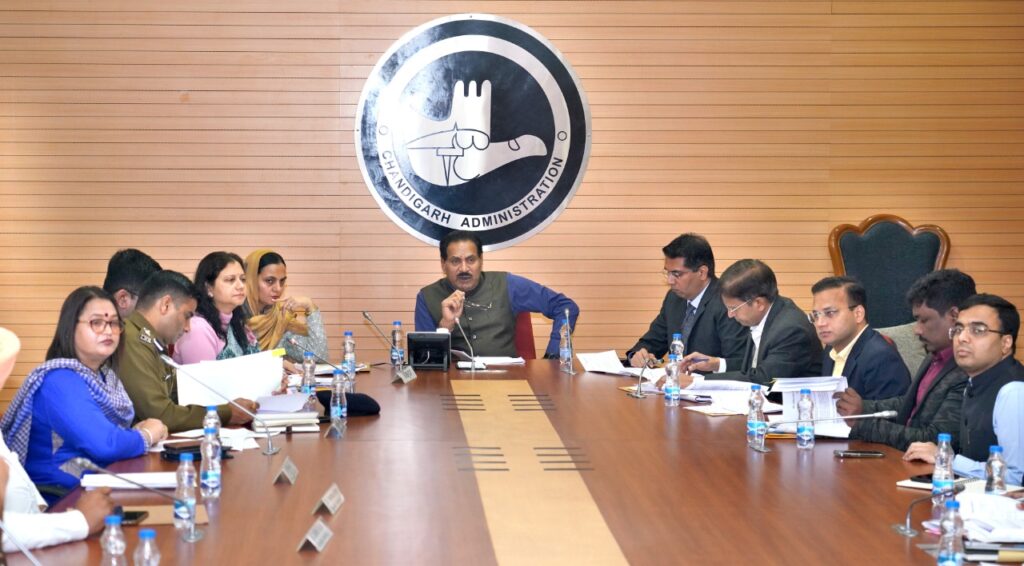 Dharam Pal, Adviser to the Administrator held a meeting with the councillors of Municipal Corporation of Ward 28-35 on Thursday here and addressed their area-specific concerns.

The councillors highlighted the public grievances in the forum and sought the intervention of Administration in redressal of these concerns. Upgradation of community centres, Government Schools, dispensaries, Sports Complexes, Anganwadi centres were touched in this meeting. The Adviser assigned responsibilities at various levels and asked the officials to complete these tasks in stipulated time frame.

The subject of illegal encroachments in different areas of the city was discussed at length. The Adviser expressed that the Administration will not tolerate any illegal acquisition of land and strict action will be taken against all such violations.

Dharam Pal has also asked the officials to demarcate all the Government land and fence the areas, so as to avoid any more encroachments. He also stressed on fencing of the Forest land and directed the forest officials to examine the area and preserve the green area.

The issue of parking also emerged in many wards. It was tabled that there is an acute problem in residential areas, and the vehicles are parked on the street which leads to traffic congestion.

On this, the Municipal Corporation Commissioner shared that the pilot project comprehensive Mobility Plan for Chandigarh Tri-City Complex will be launched from Sector-35. The UT Administration has also earmarked 18 sites for the parking of schools/ tourists’ buses to sort the parking issue in the city.

On the inputs of councillors, Dharam Pal also directed the Police officials to keep a strict vigil on any movements of drugs in the city and take viable steps to crush the drug mafia.

The issue of unclaimed vehicles also cropped up and gauged the attention of the officials. It was directed to the concerned authorities to track all such vehicles and initiate further process. The Adviser has also asked the officials to act strictly action against those who are found drinking in parked vehicles in the markets.

The councillors of Ward 28-35 thanked the Adviser for addressing the core public issues which directly affects the development of the city. They also requested the chair to continue these one-to-one meetings to discuss and resolve these civic matters.