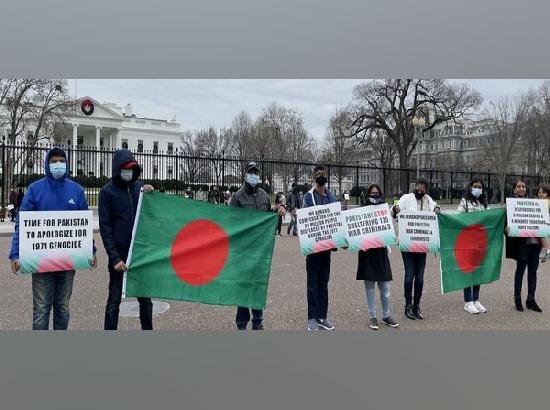 Two US congressmen, including Indian origin Ro Khanna, introduced legislation in the House of Representatives to declare Pakistan Army’s actions during the 1971 Bangladesh liberation war as “genocide” and “crime against humanity”.

The legislation introduced by Ro Khanna, along with Congressman Steve Chabot, recognizes that such atrocities against ethnic Bengalis and Hindus constitute crimes against humanity, war crimes, and genocide.

Congressman Chabot said legislation looks to recognize that the mass atrocities committed against Bengalis and Hindus, in particular, were indeed a genocide.

“The Bangladesh Genocide of 1971 must not be forgotten. With help from my Hindu constituents in Ohio’s First District, @RepRoKhanna and I introduced legislation to recognize that the mass atrocities committed against Bengalis and Hindus, in particular, were indeed a genocide,” Congressman Chabot tweeted.

“We must not let the years erase the memory of the millions who were massacred. Recognizing the genocide strengthens the historical record, educates our fellow Americans, and lets would-be perpetrators know such crimes will not be tolerated or forgotten,” he added.

In this message, the US Consul General wrote “Moreover, with the support of Pak military, non-Bengali Muslims are systematically attacking poor people’s quarters and murdering Bengalis and Hindus. Streets of Dacca are aflood with Hindus and others seeking to get out of Dacca. Many Bengalis have sought refuge in homes of Americans, most of whom are extending shelter.”

Addressing a press conference in Dhaka, Haque said international recognition of the genocide of 1971 could not be realized in 51 years after independence, Bangladesh Sangbad Sangstha (BSS).

The minister sought international recognition for March 25 as “International Genocide Day” side by side with the existing December 9.