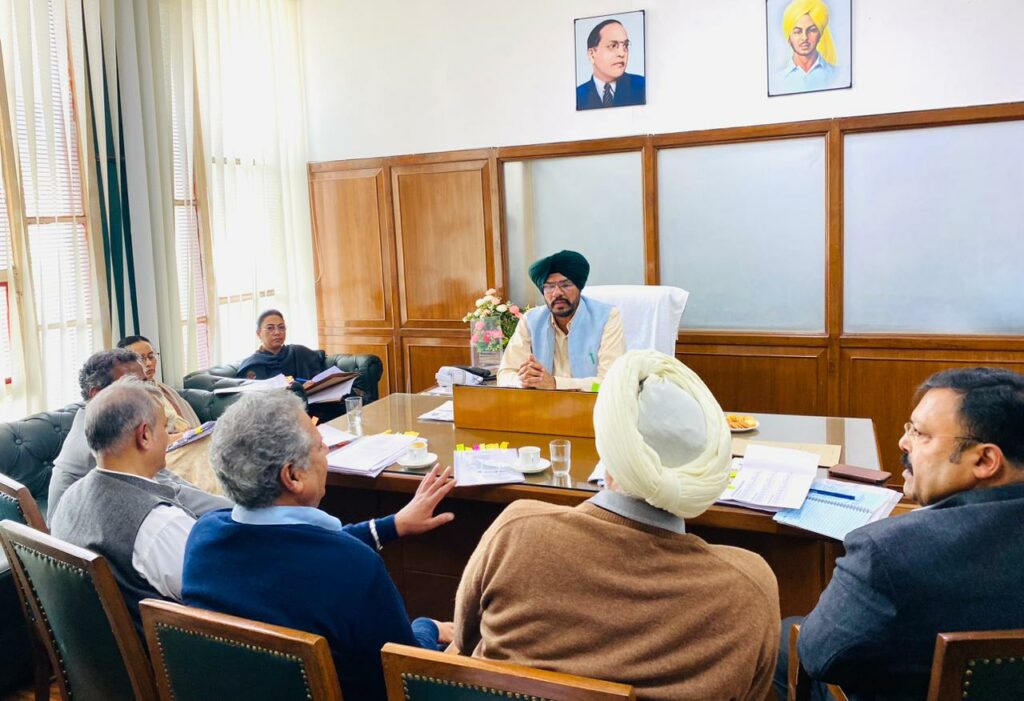 The Punjab government led by Chief Minister Bhagwant Mann has decided to deal promptly with the issues and grievances of Punjabi Diaspora and to organize five programs called ‘NRI Punjabiyan Nal Milni’ to listen the plaints. These programs will be held at Jalandhar, SAS Nagar (Mohali), Ludhiana, Moga and Amritsar on December 16, 19, 23, 26 and 30 respectively.

After a review meeting with NRI Affairs Department Punjab, NRI Commission, NRI Sabha, Punjab NRI Affairs Minister Kuldeep Singh Dhaliwal said that issues and complaints of NRI Punjabis will be resolved promptly as well as on the spot during these meetings. He added that issues of NRIs belonging to Jalandhar, Hoshiarpur, SBS Nagar and Kapurthala will be listened and resolved during a meeting on December 16 at Jalandhar. Similarly, the program to be held at SAS Nagar on December 19 during which matters of Punjabi Diaspora belonging to SAS Nagar, Rupnagar, Fatehgarh Sahib and Patiala districts will be resolved on the spot.

The Cabinet Minister further said that during the program at Ludhiana on December 23, issues of NRIs of Ludhiana, Sangrur, Barnala and Malerkotla to be resolved. He said that during a program at Moga and Amritsar on December 26 & 30 issues related to Moga, Ferozepur, Faridkot, Mukatsar, Fazilka, Bathinda, Mansa and Amritsar, Gurdaspur, Pathankot and Tarn Taran districts will be covered.

Dhaliwal said that the basic facilities at the 15 NRI police stations will be improved. “Rs. 2 lakh will be given to every NRI Police Station and a total of Rs. 30 lakh will be released soon”, he added.

The Cabinet Minister said that PCS Level officers will be deputed as nodal officers, who will resolve the issues and complaints of the concerned with the support of the district administration. He said that the State Government is committed to address the issues of Punjabi Diaspora living across the globe. He said that the concerned Deputy Commissioner and SSP will be coordinated after any case came in light and immediately gave instructions to the concerned department in this regard.

Dhaliwal further said that the issue will be taken up with the Union Government to extend rights to NRI Punjabis to buy agricultural land in Punjab. Raising a question why a migrant Punjabi cannot buy land, when he can sell the same in Punjab, the Cabinet Minister said that 50 percent cases of NRIs are related to marriage disputes, while 20 percent are related to property. He said that the Punjab government is encouraging NRIs to invest in Punjab to boost the economy and the Punjab government is outrightly in favour of to extend the right to them. He said that this is the right as well as the moral responsibility of every person to contribute for the progress of his native state and country.