‘Unfortunate and Condemnable’ Punjab Governor working at the behest of BJP to implement ‘Operation Lotus’ in Punjab: AAP 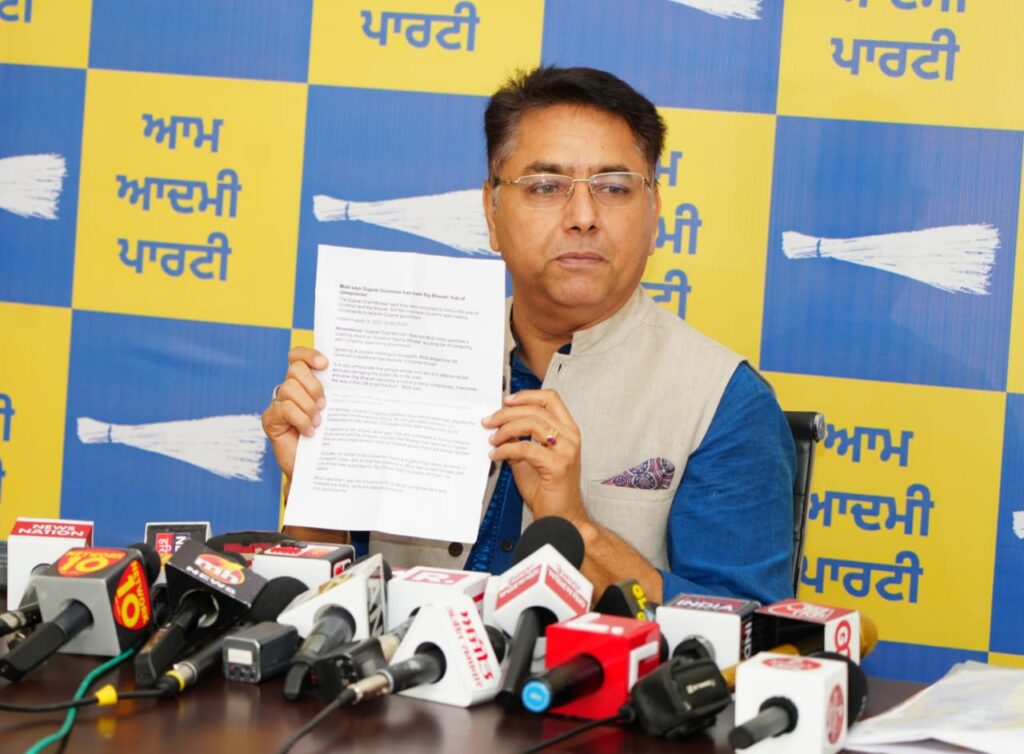 A day after Punjab Governor Banwarilal Purohit sought details of legislative business to be taken in the assembly session called by the state government on September 27, Punjab Cabinet Minister Aman Arora has termed it “unfortunate and condemnable”. He accused the Governor of acting at the behest of BJP to implement  ‘Operation Lotus’ in Punjab.

Addressing a press conference here, Punjab New and Renewable Energy Sources Minister Aman Arora said that  in the past 75 years, no President or Governor has ever asked for the list of legislative business before calling the session. This is happening for the first time because the Punjab Governor is clearly working in cahoots with BJP and Congress to weaken the democratic system and stop the Aam Aadmi Party (AAP) government from working for the welfare of common people.

Assailing the BJP led Centre Government, Arora said that wherever the BJP has no government, they have assigned duties to governors to act as the opposition and implement their dubious agendas to prevent ruling government from functioning. That’s why the governor is sending notices to AAP government frequently and preventing the party to function freely as per the Constitution of India.

“The latest attempt to murder democracy is that the governor’s office sought the details of legislative business for September 27, which has never happened in the past. Earlier, the governor withdrew his assent for a special session called by the AAP government on September 22, at the behest of BJP because that would have exposed Operation Lotus, “Arora said.

He said that in Delhi BJP’s Lieutenant Governor is preventing AAP from working and now in Punjab, BJP has assigned this job to Punjab Governor. They are afraid of growing popularity of AAP and want to stop the party by any means from raising pro-people issues. But the AAPparty will continue to work to safeguard democracy, Arora added.

Launching a scathing attack on Prime Minister Narendra Modi, the Punjab Minister said that in 2012 when Modi was CM of Gujarat, he had accused then governor of conspiring with Congress against his government and now the BJP is following a similar strategy to hamper the functioning of ruling parties across the country.

He also attacked the BJP government for denying political clearance to him for the knowledge exchange tour on Green Hydrogen to Germany, Belgium and Netherlands, which was aimed to get investment and latest technologies to Punjab.