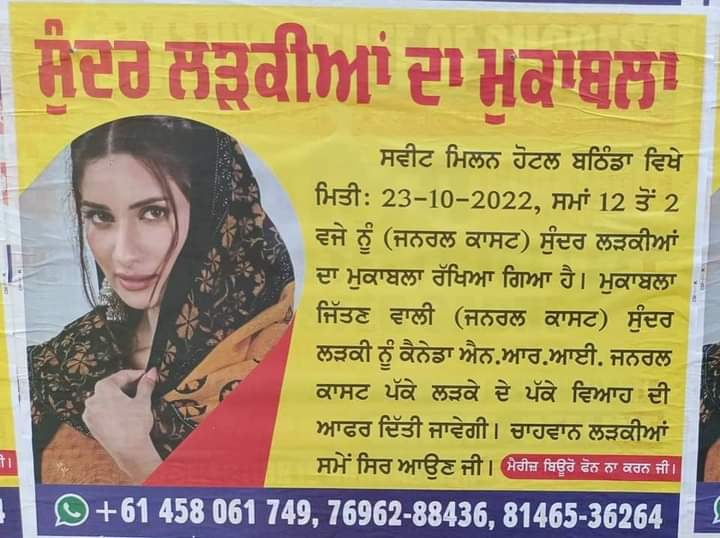 An FIR has been filed by the Punjab Police into the unique beauty competition that is been organised at the Sweet Milan hotel in Bathinda on October 23.

In the contest, the girl (only general caste),whosoever wins, would be given a chance to marry a person having a Canadian PR.

Punjab | Police registered an FIR after posters advertising a beauty contest to be held on Oct 23 were put up in Bathinda. Posters advertised that the winning girl will be given a chance to marry a Canadian NRI.