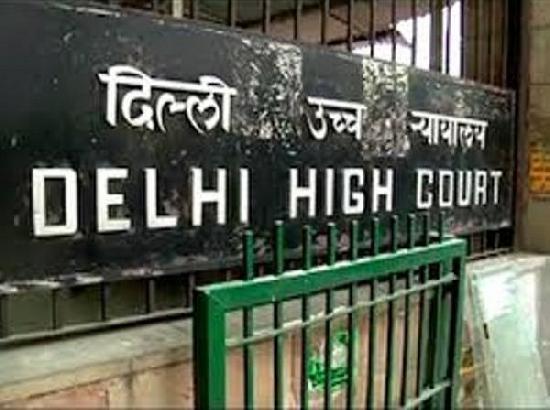 The bench of Justice Yogesh Khanna while granting the transit anticipatory bail said, considering the submissions and without giving any opinion on merits, it deemed it was appropriate to allow the petitioner/Jitender Narain to avail his legal remedy to approach the Court at Port Blair till October 28, 2022 and is protected only till that date.

This order of protection from arrest shall automatically be vacated on October 29, clarifies the court.The bench also stated that allegations at this stage as it may prejudice the case of either party.

Rather it would be in the fitness of things, the court concerned who is seized of the matter should look into the merit/demerit of the case.

The petitioner only asks for protection to avail legal remedy before the Court at Circuit Bench at Andaman and Nicobar Islands at Port Blair.

The Ministry of Home Affairs recently suspended senior IAS officer and former Chief Secretary of Andaman and Nicobar Islands Jitendra Narain with immediate effect over the allegations of sexual assault.

An FIR has been registered against Narain, who is a 1990-batch IAS officer of the AGMUT cadre.

Jitendra Narain specifically refers to the fact on April 20, 2022, he passed an order of imposing a minor penalty upon a Junior Engineer for some misconduct.

It is stated thereafter the Lieutenant Governor had removed that Junior Engineer from service on 15.01.2022 and the present FIR has been filed by the daughter-in-law of that junior Engineer.

Senior Advocate Vikas Pahwa alongwith Advocates Gaurav Gupta and Samyak Gangwal appeared for Jitendra Narain and submitted before the court that on 22.08.2022 the first complaint was filed by the prosecutrix before the SHO concerned wherein she gave two dates when she was sexually exploited on April 14, 2022, and May 1, 2022, when she was called by the petitioner at his residence at about 9 PM and she stayed there till 11 PM where the petitioner along with another official namely Rishi had allegedly raped her.

The prosecutrix in her complaint under Section 156(3) Cr.P.C. filed along with an affidavit and the FIR dated 01.10.2022 again gave these two dates when rape was allegedly committed, lawyers argued.

Lawyers further submitted that the petitioner from April 14, 2022, to April 18, 2022, was not in Andaman and Nicobar Island but rather was in Delhi and purportedly filed sufficient evidence for the same.

Court noted that during the course of arguments the ASC for the State also did not deny this fact.

Qua second date of the incident viz., May 1, 2022, it is stated, no doubt the petitioner was at his residence but his family members and guests were there and such like incident could not have happened in their presence.

Jitendra Narain through plea stated that the said complaint is motivated since is filed by the daughter-in-law of an official to whom he had given minor penalty and who was ultimately removed from service.

Advocate Rajat Nair alongwith Dhruv Pande appeared for the state opposed the transit bail plea and submitted that there are clear and categorical allegations against the petitioner having sexual intercourse with the prosecutrix on two instances against her consent and such statement alone are enough to convict the petitioner.

It was also stated an application for anticipatory bail by co-accused is dismissed by the competent court. It was submitted there are instances of tampering the evidence against the petitioner.