Sunil Jakhar mocks Congress, asks ‘who will be the Channi of Rajasthan?’ 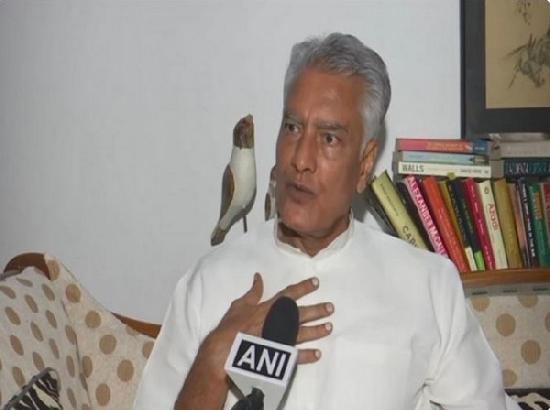 Amid speculation on Ashok Gehlot’s replacement as Rajasthan Chief Minister following his bid for Congress presidency, former Punjab Congress chief Sunil Jakhar, who had joined the Bharatiya Janata Party (BJP) in May, took a jibe at the Congress party and questioned “who will be the Channi of Rajasthan?”

He called the situation “deja vu” and asked “Who will be the Channi of Rajasthan ?”

His remarks came ahead of the Rajasthan Congress Legislature Party meeting which is set to take place in Jaipur today in the evening.

“Congress MLAs meet in Jaipur today and go through the motions of electing their new leader, party high command, instead of choosing from many ‘dark horses’ in-waiting, may foist a ‘black sheep’ of their choice as CM,” tweeted Jakhar.

The Congress legislative party meeting will be held at Gehlot’s residence in Jaipur today in which a resolution will be passed relating to the change of leadership in Rajasthan.

The resolution will be passed on a decision on the change of face in Rajasthan by Congress interim chief Sonia Gandhi.Rajasthan CM Ashok Gehlot is also likely to resign from his post before filing his nomination for the Congress President poll.

All India Congress Committee (AICC) in charge of Rajasthan Ajay Maken, Leader of Opposition in Rajya Sabha Mallikarjun Kharge will be present in the meeting which is scheduled to be held at 7 PM.

AICC general secretary (organization) KC Venugopal said the Congress president had appointed Mallikarjun Kharge and Ajay Maken as observers for the Rajasthan CLP meeting to be held on Sunday at 7 pm in Jaipur.

Filing of nominations for the post of Congress president began on Saturday with a contest between Ashok Gehlot and former Union minister Shashi Tharoor on the cards.

The nominations will be filed till September 30 and results declaring the new Congress chief will be announced on October 19.This will be the first time in 25 years that Congress will see a non-Gandhi chief after Sonia Gandhi replaced Sitaraman Kesri as party chief in 1998.

The last time the party had a non-Gandhi chief was in 1997 when Sitaram Kesri defeated Sharad Pawar and Rajesh Pilot.

Chairman of Central Election Authority Madhusudan Mistri will be available in Congress headquarters in the national capital to take the nomination papers as returning officer of the election.

Gehlot had earlier made it clear that there will be no candidate from the Gandhi family this time.