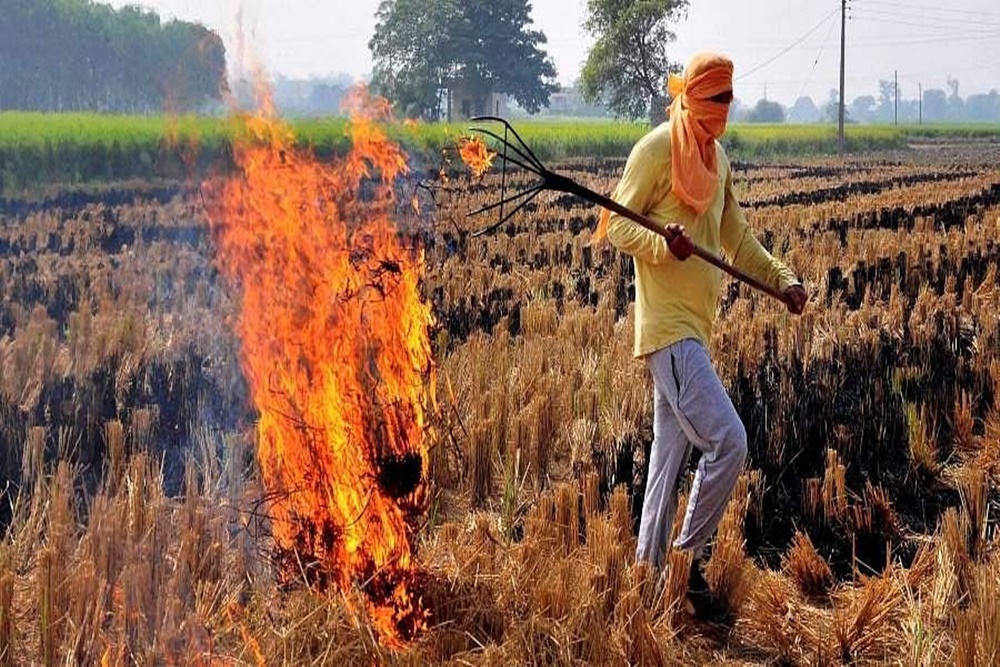 Divulging the details, Deputy Commissioner Jaspreet Singh said that a total of 1075 farm fire cases have been reported this year by November 6 against as many as 2548 cases reported during corresponding period last year. He further mentioned that despite being one of the largest districts, this year Jalandhar accounted only for 3.5 percent of total farm fire incidents in the state. With over 90 percent paddy harvesting already taken place, farm fire incidents are expected to remain below last year’s cases.

Notably, the district administration had adopted a multi-pronged strategy to curb stubble burning practices including appointing cluster officers to keep a tab on such cases, imposing environmental compensation, carrying out awareness activities, providing assistance for crop residue management, and so on.

Throwing light on the measures taken by district administration to curtail stubble-burning practices, the DC said that over 3.5 lakh ton of paddy straw has been managed this year using in-situ and ex-situ management techniques. He further mentioned that about 45,000 acres and 22,000 acres of land have been put under ex-situ and in-situ techniques respectively. Likewise, more than 30 percent wheat sowing has been completed using crop residue management techniques so far. Similarly, administration has succeeded in managing nearly 50,000 ton paddy at the Electricity Generation Plant situated at Bir Pind wherein over 1.50 lakh units of electricity have been produced so far.

Pointing out further, the deputy commissioner said that a total of 86 challans have been issued so far under which environmental compensation worth Rs. 215000 has also been imposed on violators. Likewise, red entries have been made in 45 cases besides registration of an FIR. DC Jaspreet Singh further stated that the district administration had evolved a vast mechanism to keep a close tab over the farm fire cases wherein 232 nodal officers and 59 cluster officers were appointed for monitoring purposes.

Ensuring availability of stubble management equipment to farmers, the district administration has delivered over 4500 such equipment at subsidized rates in Jalandhar. A series of awareness campaigns were carried out in the rural areas with focus on sensitizing farmers against the menace of stubble burning.

Appreciating the farmers for their contribution in fighting against menace of stubble burning, the deputy commissioner said that more efforts would be made across the district to further reduce such incidents.  Meanwhile, he also appealed to the peasantry to not to resort to the stubble burning practices as the smog from the fire can aggravate problems for the asthma patients who were already suffering from compromised immune systems.