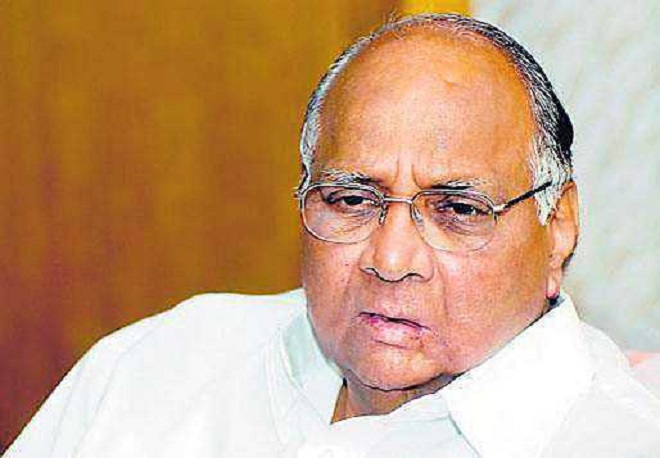 Nationalist Congress Party (NCP) chief Sharad Pawar has recalled how he overcame the opposition of Shiv Sena founder late Bal Thackeray to the iconic Marathi play ‘Ghashiram Kotwal’, a political satire, and used an industrialist friend’s aircraft to get the crew to Mumbai from Pune and onward to Germany for a show.

By the time Shiv Sainiks had assembled to stop the play’s cast and crew from leaving Pune, the aircraft had already ferried them to the Mumbai airport to catch a flight for Berlin, he said on Friday at the 18th ‘Jagthik Marathi Sammelan’ in Pimpri Chinchwad here.

Pawar said he was in the Maharashtra government in 1972 when the play was first performed in Pune.

The play, written by playwright Vijay Tendulkar, is based on the life of Nana Phadnavis, one of the prominent ministers in the court of the Peshwa of Pune and Ghashiram Kotwal, the police chief of the city. Its theme is how men in power float ideologies to serve their purposes, and later discard them when they become useless.

The play, first performed by the Progressive Dramatic Association in Pune, garnered widespread praise though it soon was in the crosshairs of some segments who claimed it was bringing disrepute to Marathi culture and history.

“Ghashiram Kotwal is a classic piece of art, which we could witness in that period. However, after a couple of performances in Pune, some people said it was bringing disrepute to Marathi culture and history and its shows must be stopped,” Pawar reminisced.

The play was soon a hit and a show was scheduled in Germany, but “someone” took an opposing stand, he said.

“Those who took this stand were powerful and had a strong organisation. I and Jabbar (Patel, who directed the play) went to meet this person to convince him. Though we were friends, it did not help. That person was Balasaheb Thackeray,” the NCP supremo said.

Being in government at the time, Pawar said he decided to offer help to ensure the play’s cast and crew flew to Germany for the show.

In order to fly to Germany, the crew had to go to Mumbai from Pune and the Shiv Sena had decided to block their way at Khopoli (en route), the former chief minister recalled.

“We then sought the help of (industrialist) Kirloskar and using their aircraft, the crew was airlifted from Pune to Mumbai. By the time a 500-strong mob assembled to block the crew’s way, they were already in Mumbai airport. They flew to Germany and the show did take place,” he said.