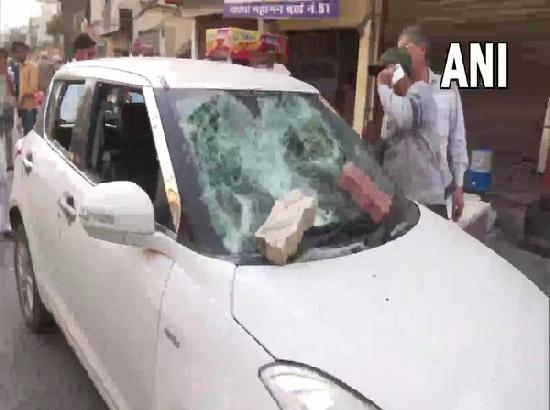 Suri was shot dead in the presence of police personnel outside Gopal Mandir on Majitha Road, one of the busiest places in the city, where he and some other leaders of the party were holding a protest.

Punjab Director General of Police (DGP) Gaurav Yadav on Friday said that all angles and conspiracies will be investigated into the murder of Sudhir Suri in Amritsar.

Gaurav Yadav further said that the accused has been arrested and a case of murder under Section 302 of the Indian Penal Code (IPC) has been registered.

“It is an unfortunate incident and we condemn it strongly. I have come to review the situation on the spot where the unfortunate incident happened. The assailant has been arrested on the spot and an FIR under Section 302 has been against the accused. The investigation is being done. All the angles including conspiracies behind the murder and all those who are behind the incident are being probed,” said DGP Yadav after visiting the spot in Amritsar.

He said that the situation is under control and appealed to people to maintain peace and harmony.

“Media has been appealed not to spread fake and incomplete information or action will be taken against them under IT ACT,” he said.

Replying to a question on the involvement of Khalistani elements behind Suri’s murder, Yadav said, “It is an early stage and we will get to the bottom of everything.”

He said that Suri’s family will be provided police security adding that the police priority is to maintain peace and harmony.

“Investigation has just started and I assure that investigation will be carried out transparently,” he added.

The DGP said that the police take the evidence-based investigations forward into the matter.