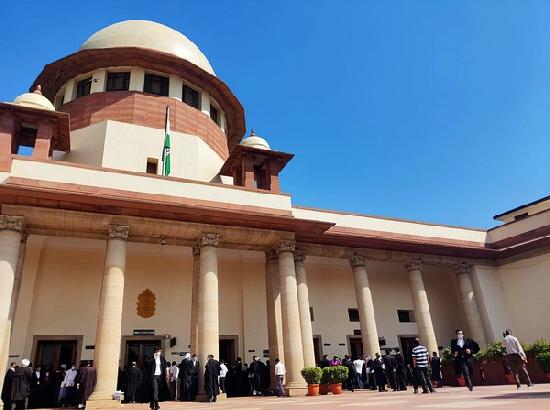 The Supreme Court is scheduled to hear a batch of petitions challenging the Citizenship (Amendment) Act, 2019 on September 12. A bench of Chief Justice of India UU Lalit and Justice S Ravindra Bhat will hear at least 220 petitions challenging the CAA. The pleas against the CAA first came up for hearing in the Supreme Court on December 18, 2019. It was last heard on June 15, 2021.

CAA was passed by the Parliament on December 11, 2019, after which it met with protests all across the country. The CAA came into effect on January 10, 2020.

In 2020, the Kerala government also filed a suit in the apex court becoming the first state to challenge the CAA. The law fast-tracks the process of granting citizenship to Hindus, Sikhs, Buddhists, Jains, Parsis and Christians who fled religious persecution in Afghanistan, Bangladesh and Pakistan and took refuge in India on or before December 31, 2014.

The top court had earlier issued notice to the Centre and refused to pass an interim order staying the law without hearing the Centre.
In March 2020, the Centre filed its affidavit before the apex court saying that the CAA Act is a “benign piece of legislation” which does not affect the “legal, democratic or secular rights” of any of the Indian Citizens.

The CAA does not violate any fundamental right, the Centre had said while terming the legislation legal and asserting that there was no question of it violating constitutional morality.

The petitions contended that the Act, which liberalises and fast-tracks the grant of citizenship to non-Muslim migrants from Pakistan, Bangladesh, and Afghanistan, promotes religion-based discrimination.

The amendments have also been challenged on several other grounds, including the violation of secularism, Articles 21 (right to life), 15 (prohibition of discrimination on grounds of religion, race, caste, sex or place of birth) and 19 (right to freedom), as well as the provisions on citizenship and constitutional morality.

The plea filed by Congress leader Jairam Ramesh has said that the Act is a “brazen attack” on core fundamental rights envisaged under the Constitution and treats “equals as unequal”.

The 2019 Act amended the Citizenship Act, 1955, which makes illegal migrants eligible for citizenship if they (a) belong to the Hindu, Sikh, Buddhist, Jain, Parsi or Christian communities, and (b) are from Afghanistan, Bangladesh or Pakistan.

It is only applicable to migrants who entered India on or before December 31, 2014. As per the amendment, certain areas in the Northeast are exempted from the provision.