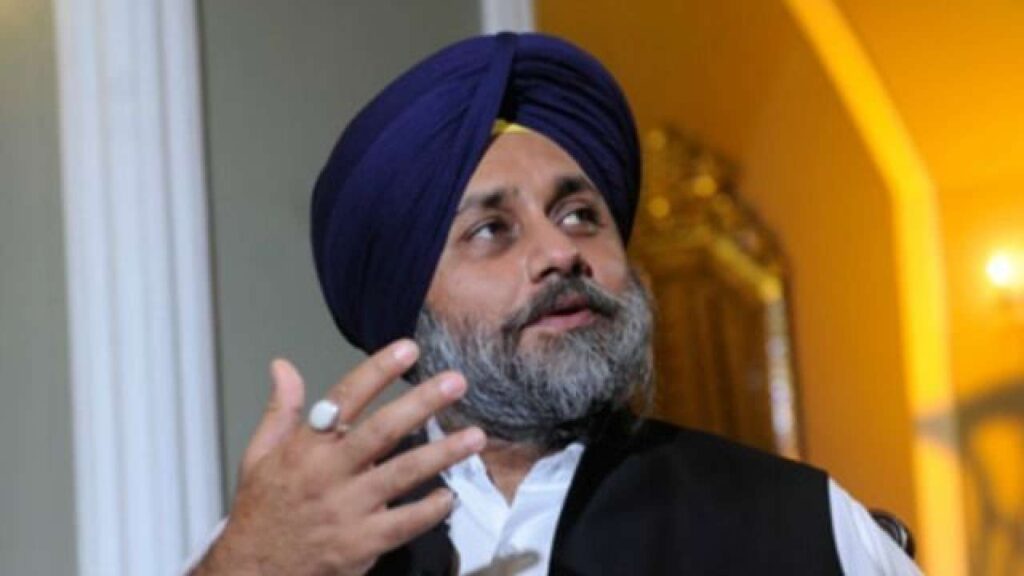 Shiromani Akali Dal President Sukhbir Singh Badal on Tuesday described the Supreme Court verdict upholding the validity of the Haryana Sikh Gurdwara (Management) Act, 2014, as “an attack on the apanth” and claimed it had caused deep resentment amongst the community worldwide.

Addressing the media here, the SAD President said it was extremely unfortunate that the SGPC, an inter-state body, had been bifurcated by recognising a state legislation even though the power to make law on this issue was reserved with the Centre.

Badal said the Congress had been trying for decades to weaken the SAD, as well as Sikh institutions and the 2014 Act forming a separate body to manage gurdwaras in Haryana, was part of this strategy.

He said it was equally condemnable that the Punjab government under Amarinder Singh had taken an anti-SGPC stance in the apex court in this case. “The last nail was hammered in by the Bhagwant Singh Mann government whose Advocate General gave a written submission against the SGPC in the case.”

Asserting that the SAD would not tolerate tinkering of a 100-year-old act, Badal said that the party has called a meeting of senior leaders to decide on the next course of action which could include legal recourse.

He also appealed to all ‘panthic’ organisations to unite “to defeat the designs of anti-Sikh forces to divide the Sikh community and rule by proxy”.

Badal said the country had earlier witnessed how the nature of the elected Delhi Sikh Gurdwara Management Committee was changed overnight and taken over.

He also related how Punjab was already suffering after its river waters were snatched away from it even as it remained without its own capital city of Chandigarh. “Now the SGPC has been truncated by recognizing the formation of a separate Committee for Haryana.”

Questioned about the issue concerning deplaning of Chief Minister Bhagwant Mann from an aircraft in Frankfurt, Badal said “the Chief Minister’s actions have lowered the prestige of Punjab and Punjabis”.

He went on to disclose how he had talked to two passengers who were on the same flight as the Chief Minister to verify the incident.

“While one of the passengers, an industrialist, was in the first class the other, an hotelier from Rajasthan, was in the business class. Both said that Bhagwant Mann had fallen down on the first seat after entering the aircraft.”

He said following this the air hostess informed the Chief Minister about his seat which was a little to the back and that Mann proceeded to his seat swaying from one side to another.

“Following this the air hostess informed the Captain about the situation and it was the Captain who came to the spot and took the decision to deboard the Chief Minister.”

Noting that the plane was late as disclosed by Lufthansa, Badal said: “Lufthansa has never said that Mr Bhagwant Mann was not drunk and that the deboarding incident did not take place. In fact the airline has refused to disclose the incident citing privacy laws.”

He also questioned how the Chief Minister fell ill suddenly after enjoying the comfort of the VIP lounge at the Frankfurt airport for nearly two hours.

Demanding an inquiry into the entire incident, Badal appealed to the Governor to dismiss Mann from his post. “Such a person should not be allowed to continue in office any longer, ” he added.

Badal also said while the lies about the establishment of a car manufacturing plant by BMW in Punjab had been exposed, people did not know that the cycle company which the Chief Minister had claimed would invest in the state already had operations in Ludhiana.