Russia-Ukraine war: 86 % of schools in Kyiv now have bomb shelters 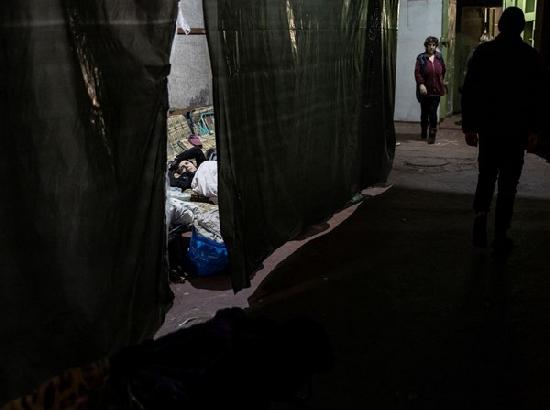 The ongoing conflict between Russia and Ukraine has resulted in almost 86 percent of schools having bomb shelters, CNN reported citing the head of the Kyiv Regional Military Administration, Oleksiy Kuleba on Monday.

Taking to his Telegram, Kuleba said that a total of 1,085 shelters have already been set up in educational facilities in the Kyiv region, owing to the circumstances.

“A total of 1,085 shelters have already been set up in educational facilities in Kyiv region,” said Oleksiy Kuleba, adding that it rounds up the tally to 86 pc that can operate in full-time or mixed formats.

With every passing day, the situation in Ukraine is becoming grave.

Recently, Ukraine’s interior minister Denys Monastyrskyy was among at least 14 people killed after a helicopter crashed in a Kyiv suburb Wednesday, officials said. President Volodymyr Zelenskyy called the crash a “tragedy” and authorities have launched an investigation, reported CNN.

One child was among the dead and 25 others were wounded in Wednesday’s incident in the town of Brovary, the State Emergency Service of Ukraine said.

Monastyrskyy, 42, was in charge of the Ukrainian police and other emergency services. He is the highest-profile Ukrainian casualty since Russia launched its invasion last February.

Earlier, Russian President Vladimir Putin attended an event with veterans to mark the 80th anniversary of the lifting of the World War II siege of St Petersburg, then known as Leningrad, which Nazi German forces blockaded for nearly 900 days, reported Al Jazeera.

He told the war veterans Russia was fighting in Ukraine to defend ethnic Russians and Russian speakers, who Moscow alleges are subject to systematic discrimination in Ukraine.

Meanwhile, Kyiv rejects that allegation and says the Kremlin has used it as a pretext for what is simply an aggressive land grab.

However, Russia’s Foreign Minister Sergey Lavrov said Moscow saw no prospects for peace talks and reiterated the Kremlin’s position that there can be no negotiations with Zelenskyy’s government.

Russia has said talks are possible only if Ukraine recognizes Moscow’s claims to Ukrainian territory in the country’s east and south. Kyiv says it will fight until Russia withdraws all of its troops from the country, reported Al Jazeera.