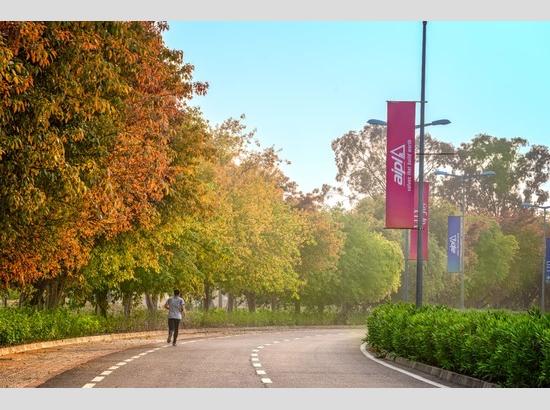 The land of five rivers – as Punjab has famously been known for ages – is now housing some of the leading real estate developers who have their headquarters in Tier 1 cities – Advance India Projects Limited (AIPL), Omaxe, Emaar India, DLF and Ansal API are some of these. Not only Mohali in the Chandigarh capital region, but most of the other Tier II and III cities of the State are attracting investors.

The current dispensation led by Chief Minister Bhagwant Mann seems to be keen to promote the realty sector, as the government knows well that the real estate sector will give a significant push to the state’s economy. It is indeed encouraging to notice the entry of major real estate developers in the state and it is very promising for this segment’s revival. This shall not only boost the economy of the state but also bring diversity in terms of the architecture, green building aspect and long-term sustainability of the sector.

Shamsheer Singh, Chief Operations Coordinator, AIPL said , ” The Punjab market is showing robust growth. There is keen interest shown by Punjabi NRIs’ who have the required finances and a desire to own dwelling or commercial units in their parent state-Punjab. Punjabis who migrate abroad do have an emotional connect with their home state. Post Covid everyone wants to have their own home from where they belong and remain connected to their roots specially for the new age generation. Moreover, with rising incomes and easier financing, a lot of people are investing in real estate as end users.”

Dalip Sharma, Secretary General, Punjab Chamber of Commerce and Industry, and Director General, India Investors’ Federation said, “A positive environment has been created in the state not only for the investors but also for the home buyers. RERA has further strengthened the people’s faith in the real estate projects. Hassle-free government clearances, easy loans for home buyers are contributing to make Punjab an ideal destination for big developers from the NCR.”

Shamsheer Singh, elaborating further said that every entrant into Punjab will have to take care of the state’s environment concerns as well. “Our townships in Punjab have been incorporated with concepts & features that truly define them as Sustainable townships and we strive to incorporate the best practices of being an environmentally responsible developer without compromising on the functionality & Aesthetics.

Anshuman Magazine, Chairman, CII NR and Chairman and CEO – India, Southeast Asia, Middle East & Africa, CBRE said, “Growth would be supported by investment undertaken by the private sector and by the government. The growth trajectory of the residential sector is a testament to its strong fundamentals because this has happened despite a rise in construction costs owing to high input costs.”