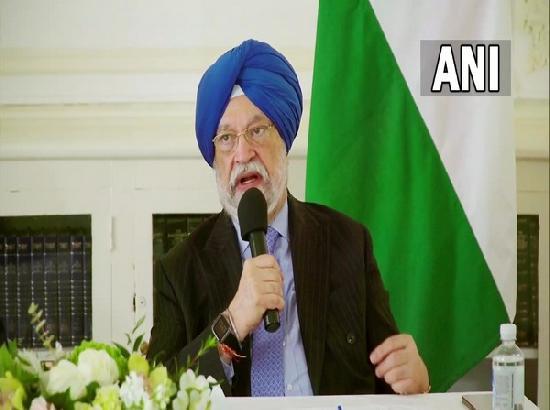 As air quality in the national capital continues to remain in the ‘severe’ category, Union Minister Hardeep Singh Puri on Friday said that the Punjab government should act responsibly to reduce the incidents of stubble burning cases that had gone up in the State.

“Pollution is an issue everywhere, there are certain responsibilities that an elected government has to exercise. They are also there in Punjab, look at the incidents of stubble burning that had gone up in Punjab,” said Puri on air pollution in Delhi. Meanwhile, Delhi Chief Minister Arvind Kejriwal announced to close all primary schools in Delhi from Saturday till the pollution situation improves in Delhi-NCR.
The severe smog situation has also forced the Delhi government to ask half of its employees to do work from home.

With air quality in the national capital continuing to remain in the ‘severe’ category for a second consecutive day on Friday, the SAFAR (System of Air Quality and Weather Forecasting And Research) revealed that the stubble-burning contributed 34 per cent in Delhi’s PM 2.5 pollution.

However, Kejriwal accompanied by Punjab CM Bhagwant Mann said that the central government should come forward to lead measures to check severe smog in the national capital region.

The condition is very severe in Delhi, Charkhi Dadri, Jind, Manesar, Faridabad and all other places. AAP is not responsible for that. The air of a state does not remain in that state only. The centre should take steps in this regard, they added.

According to the Delhi and Punjab CM, the AAP governments are not completely responsible for pollution. “Our government came into existence just six months ago and this is inadequate time to contain pollution. Despite that, our government has done a lot of work to check stubble burning. We got success in some measures and did not succeed in other attempts. Stubble burning will reduce significantly,” they added.

The Delhi government is also mulling implementing the odd-even norms for plying of vehicles in Delhi to contain the pollution caused by vehicular emission, he added.

Meanwhile, the Supreme Court has also agreed to hear a plea in connection with the Delhi air pollution.

Delhi Environment Minister Gopal Rai has convened a high-level meeting today to discuss the implementation of curbs on polluting activities under the final stage of the Graded Response Action Plan.
However, the forecast predicts that the condition of air quality in Delhi and nearby regions will continue to deteriorate further and expects improvement from November 5.