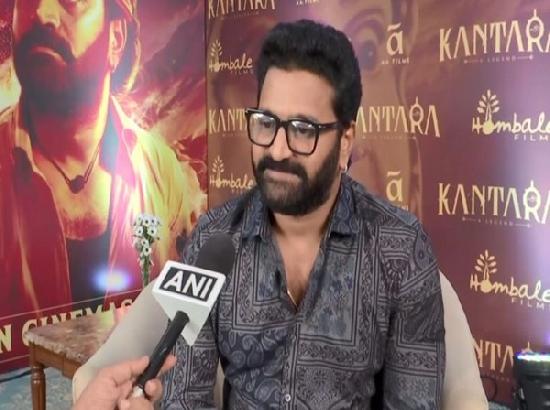 Kannada actor and director Rishab Shetty recently opened up about making his Bollywood debut after the grand success of his recently released action thriller ‘Kantara’.

Rishab in an exclusive interview with ANI said, “I got offers from Bollywood filmmakers but right now I want to make films in Kannada only. I adore Bachchan, I really like him and even in the younger generations actors like Shahid Kapoor or Salman Bhai and many more I like each one of them.”

Helmed by Rishab Shetty ‘Kantara’ was released on September 30 and gathered a massive response from the audience for its storyline and amazing visuals.

According to trade expert Taran Adarsh, the film has minted over Rs 50 crore in the Hindi market after the third week of its release and has already crossed the lifetime collection of actor Yash’s ‘KGF: Chapter 1.’

Talking about the sequel of the film ‘Kantara’, Rishab told ANI, ” I haven’t thought about it yet. So let’s see if such a day comes then we will announce it.”

After the massive response, fans on social media started the #KantaraForOscars trend and demanded that the film has to be considered for the Academy Awards.

In the past couple of years, many south Indian films like ‘Baahubali’, ‘KGF’, ‘Pushpa’, ‘Karthikeya 2’ and now ‘Kantara’ got a worldwide appreciation for their amazing content.

Set in the fictional village of Dakshina Kannada, Kantara follows the character of Shetty who is playing a Kambala champion who has a faceoff with an upright Forest Range officer.