Queen Elizabeth II: A young girl who did not expect to be Queen became an iconic figure 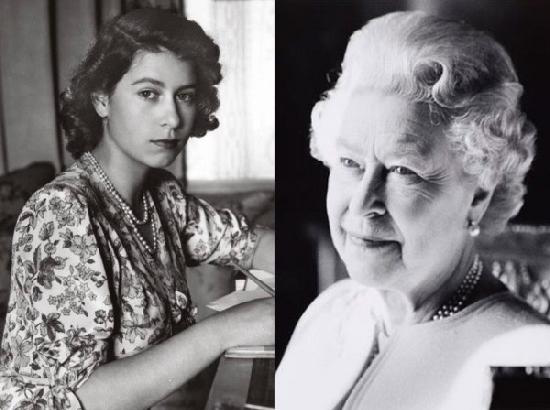 The longest-serving monarch of the UK, Queen Elizabeth-II, took her last breath at Balmoral Castle in Scotland on Thursday.

Born on April 21, 1926, at 17 Bruton Street in Mayfair, London as Elizabeth Alexandra Mary, Queen was the oldest child of the Duke and Duchess of York – who later became King George VI – and Queen Elizabeth.

Since childhood, Elizabeth showed a sense of responsibility and orderliness. She loved horses and dogs. The Queen’s cousin Margaret Rhodes described her as “a jolly little girl, but fundamentally sensible and well-behaved” for her attitude.

Her Royal Highness was expected to live a relatively normal, if privileged, life with her close-knit and loving family.

She was having a perfect life, but everything changed in December 1936 when her uncle – King Edward VIII – abdicated, leaving her father as King, and her as the next in line to the throne.

Later, Elizabeth ascended the throne on February 6, 1952, when her father, King George VI died. In 1939, when Britain entered World War II, Elizabeth chose to stay in England and joined the Army rather than sailing away to Canada.

She served in the Auxiliary Territorial Service during her training as a driver and mechanic when she was still a teenager.

The 14-year-old Elizabeth, in 1940, addressed other children who had been evacuated from the cities.

“We are trying to do all we can to help our gallant sailors, soldiers, and airmen, and we are trying, too, to bear our own share of the danger and sadness of war. We know, every one of us, that in the end, all will be well,” she said.

While still a teenager, Elizabeth fell in love with Prince Philip Mountbatten of Greece and Denmark, whom she had met in 1939.

In November 1947, the 21 years old, Elizabeth married Prince Philip, who was serving as a young officer in the Royal Navy. The wedding took place at Westminster Abbey in London, United Kingdom. The couple then had four children, Prince Charles, who was born in 1948, Princess Anne (1950), Prince Andrew (1960) and Prince Edward (1964).