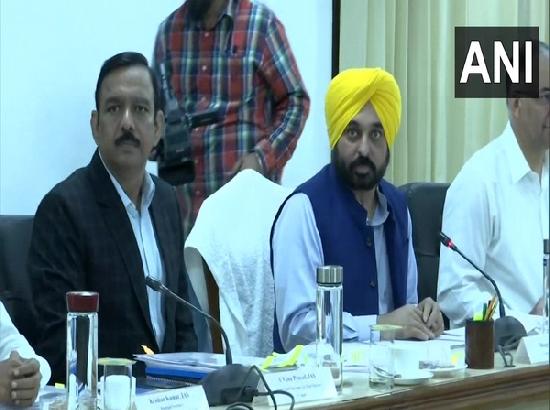 The Supreme Court had on September 6 directed the Union Jal Shakti Ministry to convene a meeting between the governments of Punjab and Haryana to resolve the canal dispute.

A bench of Justices Sanjay Kishan Kaul, Abhay S Oka and Vikram Nath, while hearing the SYL Canal issue between Haryana and Punjab asked the central government to hold a meeting between both the States and granted four months to file a report on the meeting.

The problem stems from the controversial 1981 water-sharing agreement after Haryana was formed out of Punjab in 1966. For effective allocation of water, the SYL canal was to be constructed and the two states were required to construct their portions within their territories.

While Haryana constructed its portion of the canal, after the initial phase, Punjab stopped the work, leading to multiple cases against it.

In 2004, the Punjab government had passed a law that unilaterally cancelled the SYL agreement and other such pacts, however, in 2016, the apex court struck down this law. Later, Punjab went ahead and returned the acquired land–on which the canal was to be constructed–to the landowners.

The apex court is scheduled to hear the matter on January 19, 2023.

During its September 6 hearing, the bench observed that natural resources have to be shared, particularly in view of the security scenario in Punjab.

“Water is a natural resource and living beings must learn to share it, whether it is individual or state. The matter cannot be looked at from the point of view of only one city or state. It’s the natural wealth to be shared and how it is to be shared is a mechanism to be worked out,” Justice Kaul said.

Attorney General for India KK Venugopal appearing for the Ministry, said that the Centre is trying to bring together the states of Punjab and Haryana.

Venugopal further said that Punjab is not cooperating in the matter. “The Centre had written a letter to the new Chief Minister of Punjab in April but there was no response,” he said.

To this, the bench directed all the parties to cooperate. “Either they sit and talk or the Court will order the execution of the decree. These issues should not be allowed to fester… It will allow forces that may not be amicable to the country to act and interfere,” observed the top court.

On July 28, 2020, the top court had asked the Chief Ministers of both states to make an attempt to resolve the issue amicably.

The Ministry had earlier held several meetings which were attended by Chief Secretaries of the two states but remained inconclusive.