Punjab government will not spare food adulterers at any cost: Chetan Singh Jauramajra 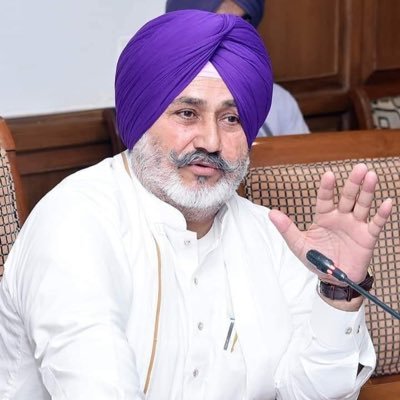 The Aam Aadmi Party government under the able leadership of Punjab Chief Minister Bhagwant Maan will not tolerate anyone to play with the health of the people of Punjab.  These views were expressed by Punjab Health Minister Chetan Singh Jauramajra during a high-level meeting with the officials of the Health Department at Punjab Bhawan in Chandigarh today.

Speaking during the meeting, he said that any kind of food adulteration will not be tolerated and the culprits who do this will not be spared.  He directed the health department officials that there should be no laxity in taking samples of raw and cooked food.  Along with this, he also emphasized on paying special attention to adulteration in milk.

The Health Minister reprimanded the officials that any laxity in food testing and sampling will not be tolerated.  The negligence of the authorities in this matter will be unforgivable.

The Health Minister said that the Punjab government will soon provide body-cams to the food officers of the state to bring transparency in the process of sample taking to reaching the lab.

Along with this, Jauramajra warned the officials and employees of the food lab that the employees who delay the test report will be punished

The Health Minister directed the employees to strictly follow the Punjab Food Act and asked that a summary report be sent to them every 15 days.

The health minister said that the number of testing labs will be increased in the state in the near future and also emphasized on holding state-level camps for the purpose of spreading health awareness among the people of the state.

Apart from this, while speaking during the meeting, the Health Minister said that it has come to his notice that some employees in the department are involved in corruption.  He issued a stern warning to such employees asking them to disassociate themselves from any form of corruption with immediate effect or else be prepared for stricter action.

The Health Minister asked the owners of food preparation shops, restaurants, hotels, etc. in the state to ensure that their food preparation kitchens are inspected daily and special attention is paid to cleanliness.  Along with this, the daily leftover food should be disposed off properly.

Along with this, he issued orders to the officials of the health department that there should be no shortage of medicines in the emergency wards of all the hospitals of the state and for this, arrangements should be made for advance purchase of medicines.  He said that the stock and distribution of medicines should be done at the district level from now on.

He also emphasized that hospitals should pay special attention to cleanliness.

Health Minister Jauramajra also issued orders to upgrade outdated X-ray and ultrasound machines and also asked for a report on the tests conducted by all the MRI and CT Scan centers running in the state.

Health Minister Chetan Singh Jauramajra also issued orders to take special care of female patients, especially pregnant women, and treat them gently in all hospitals of the state.He asked the officials to maintain dignity of women.

Apart from this, the Health Minister also urged to run the ambulance services in a more efficient manner so that timely medical assistance is provided to needy patients.

During the meeting, the senior medical officer of CHC Goniana was also honored for his contribution in health services.