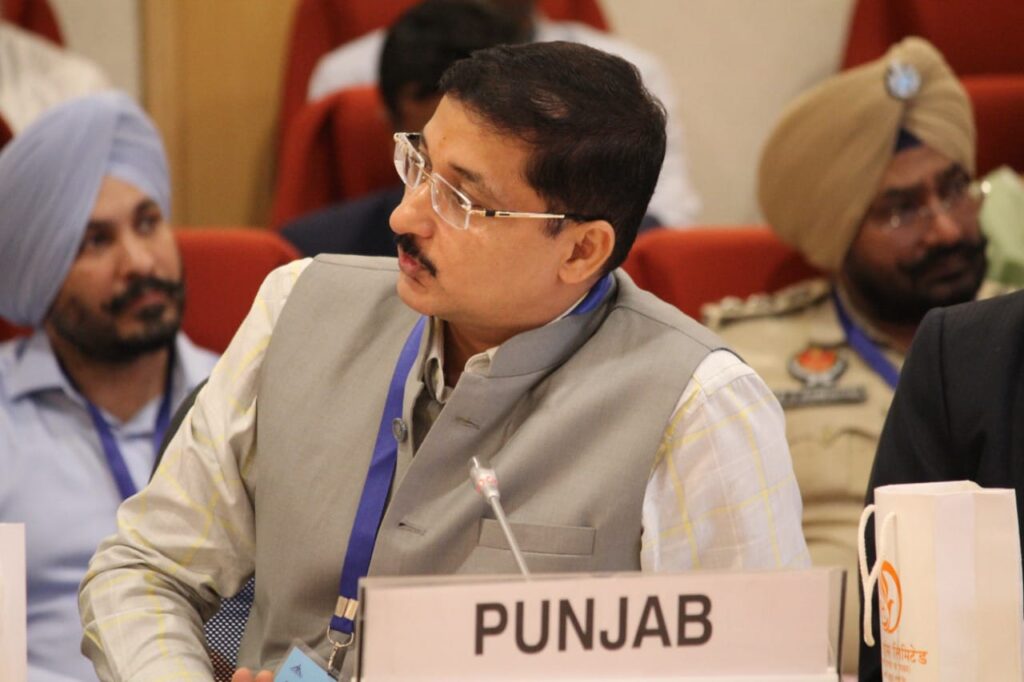 Presenting the case strongly, Principal Secretary Civil Aviation Rahul Bhandari, who attended an interactive session held with States / UTs on Udan, KrishiUdan, Aviation Security, Developments of Airports, Greenfield Airports, Heliports and Water Aerodromes here today, said that these airports were part of Regional Connectivity Service of Government of India. He said that during the Corona crisis the services from these airports were stopped. However, Rahul Bhandari said that this has given a major blow to air connectivity in the region thereby creating lot of inconvenience to passengers.

The Principal Secretary said that this must be reversed and the GoI must immediately resume flights from these airports. He said that this will help in saving time, money and energy of people besides ensuring direct air connectivity across the country. Rahul Bhandari said that it will also give major fillip to the economic activity in the region.

Flagging another issue, the Principal Secretary urged the GoI to expedite the work on construction of civil terminal at Halwara airport. He said that the land for it has already been given by the Punjab government and work on this ambitious project to be completed at Rs 46 crore has already began. Rahul Bhandari said that the need of hour is to speed up the work for it’s early completion.

Dwelling on another issue, the Principal Secretary bemoaned that the terminal of Shaheed Bhagat Singh International Airport Chandigarh has been constructed on land falling in Revenue district of SAS Nagar, Mohali but unfortunately the name of Mohali is missing from airport’s name. He apprised the GoI that Punjab Chief Minister Bhagwant Mann has already lodged a protest for not including name of city Mohali in the name of this airport adding that this legitimate demand should be looked into. Rahul Bhandari said that this will fulfil the long pending demand of the Punjabis.

The Principal Secretary also sought more international flights from this international airport. He said that already more than Rs 450 crore has been spent on the facelift of this world-class airport. Rahul Bhandari said that the starting of more international flights will help the NRIs brethren from Punjab to stay connected with their roots adding that people from not only Punjab but states of Jammu-Kashmir, Himachal Pradesh, Haryana, Uttarakhand and others too will be benefitted from it.