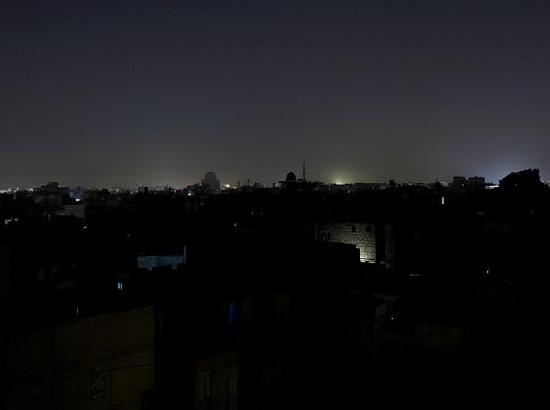 Protests across Pakistan were held over the issue of complete blackout, load shedding, tripping, and low voltage.

People of Gharibabad in Qalat are suffering from the problems of electricity and gas for a long time; load shedding, tripping, low voltage and irregular supply of Sui gas and that too for a very short time.

The people complained to the authorities but the situation does not change.

So, the frustrated people were forced to protest, reported Pak vernacular media, Intekhab Daily. They came out on the roads and women and children closed the national highway. The traffic flow on the Karachi-Quetta was badly disrupted.

A transformer was burned in Gharibabad last month and since then they are suffering from electricity problems because the transformer is neither repaired nor replaced so far, reported the vernacular media.

The said transformer was defective and the local people had got it repaired at their own expense many times. But now it has gone beyond repair. But the electricity company is not taking any steps to replace it.

Meanwhile, citizens of Regi, a suburb of Peshawar, protested on Nasir Bagh Road against the complete blackout and set up barricades on the road and burnt tyres, reported Daily Pakistan.

The protestors threatened that if the electricity supply is not started, they will not avoid attacking the main road as well as the grid station and will boycott polling in the upcoming elections, reported Urdu Point.

Traffic was completely blocked on Astana Chamak Road and there was complete chaos due to long queues of vehicles.

Protestors chanted slogans against the government and demanded that the patience of people should not be tested and authorities should take immediate action to supply uninterrupted electricity, added the local media.

Main Road was blocked in Gilgit as well by protestors against the electricity crisis and bad transformer.