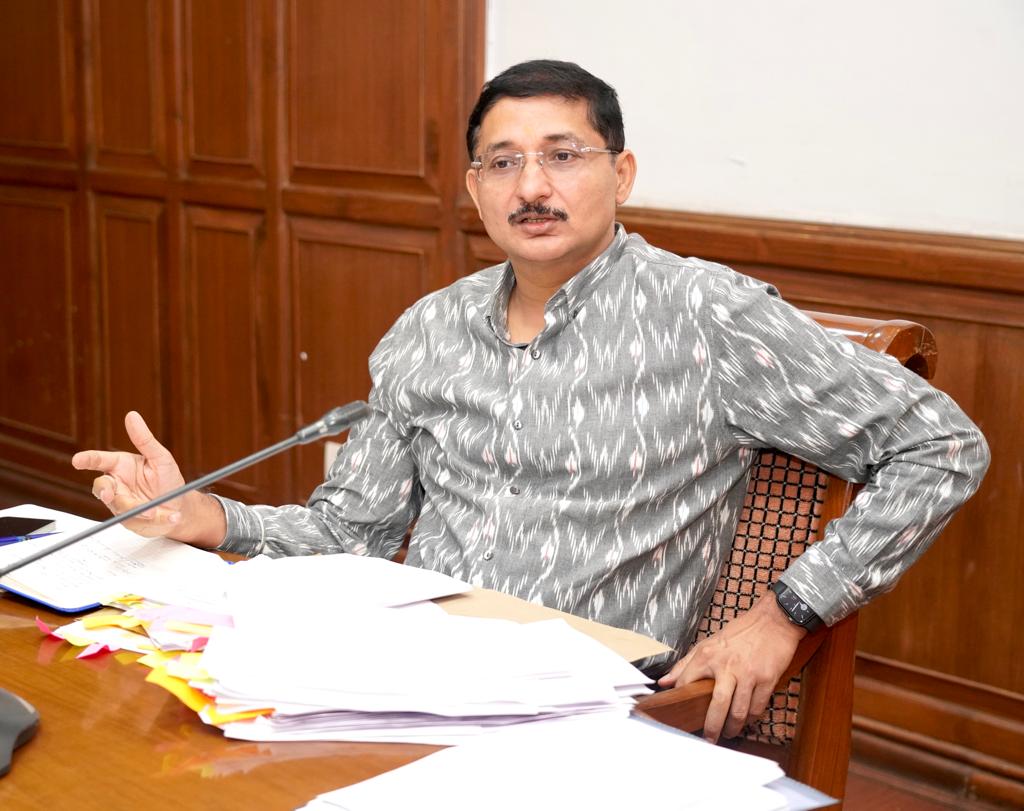 Chairing his maiden meeting with the department officials at Punjab Bhawan here, the Principal Secretary asked the concerned officials to work enthusiastically to inform people about the flagship and public welfare schemes launched by Punjab Government. Only through proper awareness, people will be able to derive maximum benefits of those schemes. He also stressed on the need to further strengthen the feedback mechanism.

Emphasising on the important role social media can play in good governance, he said that social media has emerged as the main source of information and it could be used to sensitise people.

He reviewed the working of various branches and sections of the department including Press Section, Social Media, Advertisement Branch, Clippings, Establishment, Right to Information (RTI), Production, Song and Drama etc.

Principal Secretary Rahul Bhandari said that all the announcements made by the Chief Minister or other Ministers, the welfare schemes, pro-people initiatives and other government orders should be posted on the social media handles of the government at the earliest so that it could reach to the public timely.

Joint Principal Secretary to the Chief Minister-cum-Additional Director PR Sandeep Singh Garha apprised the Principal Secretary that all the information regarding the government announcements, orders and welfare schemes is being disseminated to the public using different media platforms, besides ensuring social media coverage of the government achievements and initiatives.