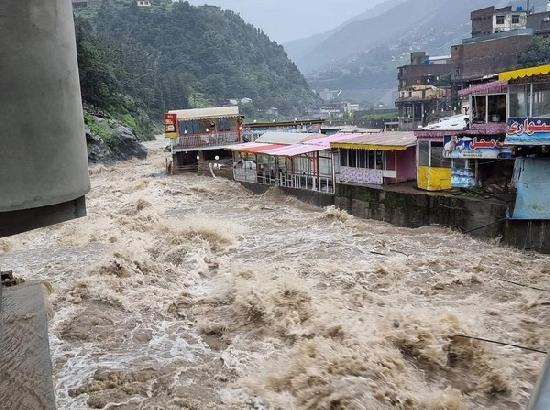 Due to a lack of timely medical assistance and relief supplies, a mother and her unborn child died in the Khair district of flood-hit Pakistan on Saturday.

The incident took place in Akari village of Khairpur district as the woman was not transported to the hospital due to floodwaters on roads, according to ARY News.

Amid devastating floods in Pakistan, women and their needs have taken a backseat as many of them are forced to live under an open sky and feminine hygiene products and toilets are not a part of the conversation about relief items.

Menstruating and pregnant women are in a miserable state as they have no access to menstrual products or any place to defecate.

The flash floods have badly impacted 80 districts of the country and the death toll from floods in Pakistan has reached near 1,200 as 19 more people lost their lives in the last 24 hours.

According to medical experts, the most common disease amongst women flood survivors is Urinary tract infection followed by other infections.

Since mid-June, 937 people have died from severe rain and flooding across the South Asian country, according to the country’s National Disaster Management Authority (NDMA).

The southern province of Sindh, which has been badly hit by the flooding, has asked for 1 million tents, while nearby Balochistan province has requested 100,000 tents.

As districts in Pakistan continue to be affected by massive monsoon rainfall and unprecedented levels of flooding, the World Health Organization (WHO) has warned of significant public health threats facing affected populations, including the risk of further spread of water and vector-borne diseases such as malaria and dengue fever.

Around 888 health facilities have been damaged in the country, of which 180 are completely damaged, leaving millions of people lacking access to health care and medical treatment, as reported in many affected districts.