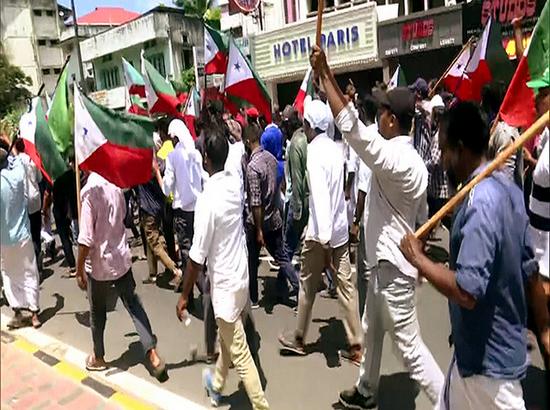 Senior PFI leader from Kerala Abdul Sattar, who had been allegedly absconding but was arrested soon after the radical outfit was banned in India, has been handed over to the NIA, a senior police official said Thursday.

Sattar, the Kerala state general secretary of the Popular Front of India, was arrested from his office in Kollam district Wednesday. His arrest came hours after the government announced a ban on PFI for allegedly having terror links. Sattar had called for a state-wide hartal on September 23 against raids on the outfit and arrests of its leaders. During the hartal, there were reports of violence from Kerala.
Karunagappally Assistant Commissioner of Police Pratheep Kumar said the state police were on alert and watching Sattar for nearly a week.

“Sattar was initially absconding and appeared in public later. He was arrested from his office in Kollam and handed over to (National Investigation Agency) NIA officials last night,” the ACP added.
On Wednesday, after the government announced the ban on PFI, Sattar disbanded the outfit and asked all its members to cease their activities.

“All PFI members and the public are informed that the PFI has been dissolved. MHA has issued a notification banning PFI. As law-abiding citizens of our great country, the organisation accepts the decision,” he had said.

The Union Home Ministry has declared the PFI and its associates “as an unlawful association” and banned them for five years. It said that PFI and its affiliates operate openly as a socio-economic and political organisation “but they have been pursuing a secret agenda to radicalise a particular section of the society” to undermine the concept of democracy.

The government’s move to ban the PFI came after two nationwide raids, including Kerala, Karnataka and Delhi, against the outfit within a week. More than 100 people linked to the organisation were detained during the raids.