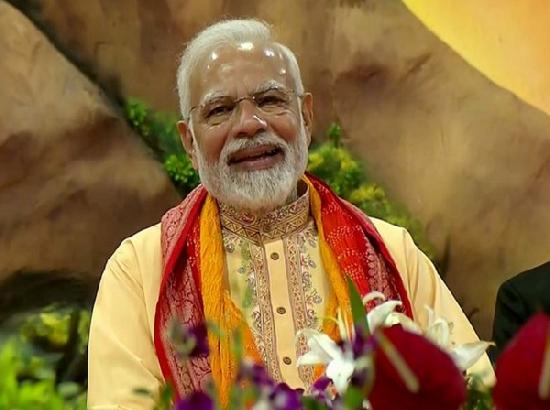 Taking Twitter, PM said, “I bow to Sri Guru Ramas Ji on the auspicious occasion of his Parkash Purab. He has made an indelible contribution to Sikh history and culture with an emphasis on service and compassion.”

PM also hailed Guru Ramdas as an outstanding poet and his works reflected a pure spirit of devotion.”

The birth anniversary of Guru Ram Dass is celebrated as Parkash Divas or Parkash Gurpurab. He is called the founder of the holy city of Amritsar.

On the occasion of the birth anniversary of Guru Ram Das, devotees queued up in large numbers to celebrate the ocassion and took a holy dip in the Golden Temple Sarovar.

The Chief Minister of Punjab Bhagawant Mann also hailed Guru Ramdas on his birth anniversary and greeted people on the occasion.

“Congratulations to all the devotees on the occasion of Prakash Purab of the founder of the holy city Sri Amritsar Sahib… the fourth Patshah Sahib Sri Guru Ram Das Ji”, Mann tweeted.

Mann further said that Guru Sahib also gave a message to humanity in his entire life and composed Gurbani to live life with love, egoless, and service spirit.

“Hearty congratulations and best wishes to all the people of the state and the Sikh community on the holy Parkash Utsav of Guru Sahib Shri Guru Ramdas Ji Maharaj,” Yogi said.