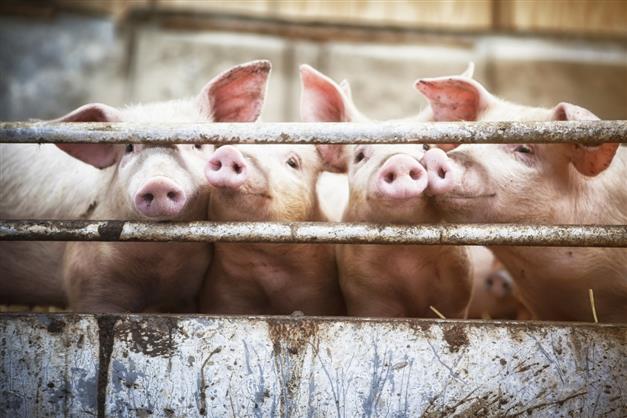 ‘Invest in piglets and grow your money 1.5 times in seven months.’ The catchy tagline and the lure to earn quick bucks attracted scores of individuals, including defence personnel, into investing in the scheme.

Three years on and notwithstanding multiple FIRs across various states, the investors are now running from pillar to post to get their money back.

In the name of the pig farming business, people were told that three piglets that cost Rs 10,000 will be worth Rs 40,000 in just seven months when they become pigs.

According to one of the FIRs lodged with the Economic Offences Wing (EOW) of the Delhi Police, Mangat Ram Maini, a resident of Firozpur in Punjab, as well as his relatives and associates allegedly defrauded investors to the tune of hundreds of crores. A company named Sure Gain Solutions (SGS) was floated by him and people were invited to invest money in the firm.

Investors said he attracted hundreds of people from November 2017 to March 2019, whose individual investments ranged between Rs 10,000 to Rs 2 crore.

“He told us that pigs are in great demand in northeastern states in India and several countries in Africa. Its meat is as expensive as Rs 150 per kilogram. He presented piglets as golden gooses and we all believed him,” said Abhishek Singh, who invested more than Rs 12 lakh in the company.

Singh, a native of Patna and working in the national capital with a multinational pharmaceutical company, said he came to know about the scheme from a close friend who encouraged him to put in a lot of money for big gains.

As per the scheme, when a person invested Rs 10,000, the company claimed to buy three piglets with that money. Then, it would use its own resources to feed them nutritional food for speedy growth. Once they grew up in seven months and became pigs, their market price would reach Rs 40,000.

Maini told investors that he would pay them Rs 15,000 on Rs 10,000 investment in seven months and the rest Rs 25,000 he would keep as his operational cost and profit. The modus operandi was to return Rs 500 every week for 30 weeks.

The company also claimed to own four huge pig farms, two in Firozpur and one each in Jind (Haryana) and Bagar (Rajasthan) with thousands of piglets which the firm’s officials used to show to the investors.

According to the investors, initially the promised amount was paid back every week. Maini also insisted on re-investing the money in the scheme for higher returns.

But when Maini sought time for paying rest of the money back by making one excuse or the other, the investors ran out of patience and threatened legal action.

“He closed his office, relocated all the piglets to unknown destinations and disappeared,” Abhishek Singh said.

Later, the investors came to know that all the farms were on lease, contrary to Maini’s claim that he owned them.

Investors also allege that Maini used to claim in his video messages that the company has over 45,000 investors.

“Multiple FIRs have been lodged in Punjab, Rajasthan, Haryana, Uttar Pradesh and Delhi. Maini accumulated over Rs 500 crore from the scheme. Many investors said that they even sold their wives’ jewellery to invest as the scheme compelled them so much,” Singh added.

Anyesh Roy, DCP at the EOW of the Delhi Police, said 43 victims approached the police in 2019 and based on their complaint, an FIR was lodged.

“There are five accused in the case and we have been able to arrest one of them who is at present in judicial custody. By the time victims came to us, it was too late and we suspect that the accused persons had wrapped up their business and fled abroad,” Roy said, adding that a chargesheet has been filed in the case.

Daler Singh, a defence personnel who belongs to Gurdaspur (Punjab), claimed to have invested over Rs 6 lakh between December 2018 and March 2019.

“One of my friends in the regiment told me about the scheme and I sought to know more about it. I even visited the company’s office in Firozpur and did my due diligence by enquiring from locals. They all gave positive feedback,” he said, adding that he had personally seen about 300 pigs in one of the company’s farms.

Another investor Bijay Kumar, who is from Patna and works with the Border Roads Organisation (BRO), invested more than Rs 2.5 lakh on the advice of a colleague.