People of Gujarat will repeat the history of Delhi and Punjab by breaching political fortress of BJP: Bhagwant Mann 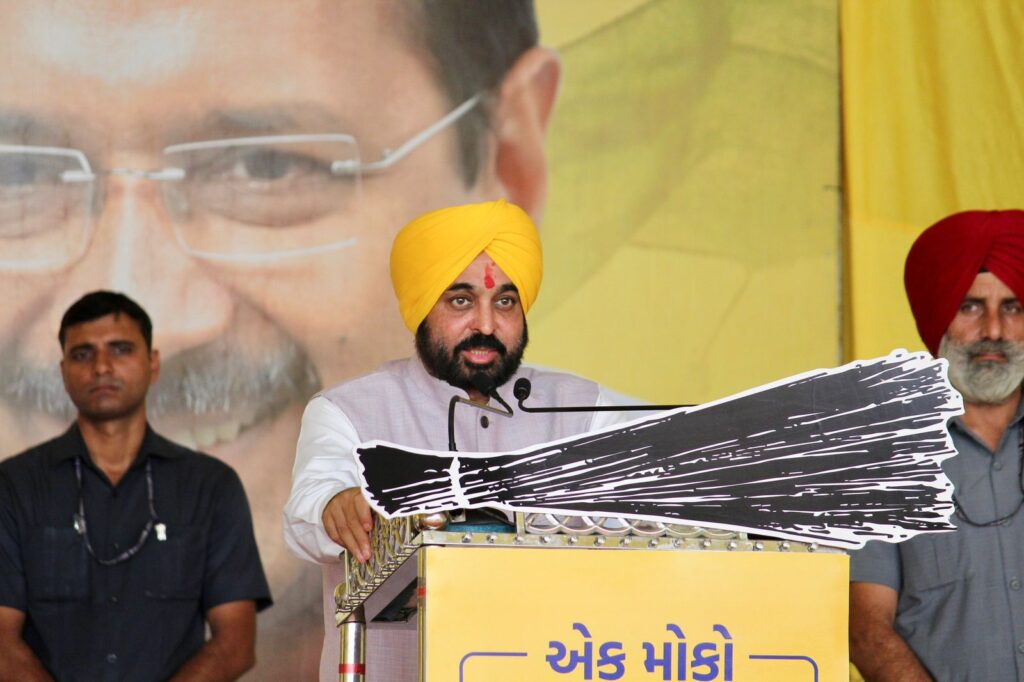 Referring to massive wave of change in favor of the Aam Aadmi Party in Gujarat, Punjab Chief Minister Bhagwant Mann said today that repeating the history of Delhi and Punjab, common people of Gujarat in the upcoming assembly elections will collapse the political fortress of the BJP, which has been in power for the past 27 years. 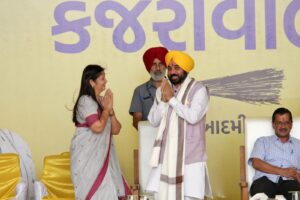 Addressing the people here today along with Delhi Chief Minister Arvind Kejriwal, Bhagwant Mann said, “Bharatiya Janata Party has been running the government in Gujarat for 27 years in dearth of any substitute.  The people were deprived of basic facilities like education and health. But now people are ready to teach a lesson to BJP in the upcoming assembly elections.”

He said that just like Delhi and Punjab, the wind of change is blowing in this state too. AAP will clean up the filth spread in the political arena with a broom across the country including Gujarat. He said that people are anxiously waiting for showing door to BJP from Gujarat. Bhagwant Mann said that in December AAP will form pro-people government in the state.

Stating that the Aam Aadmi Party government is for common people, Bhagwant Mann said that out of 117 assembly constituencies in Punjab, 92 MLAs have been won by the Aam Aadmi Party who belong to the common houses. Out of these 92 MLAs, including him, 82 MLAs have become MLAs for the first time. He said that in our party, dedication to public service is considered as a qualification, while in the opposition parties priority is given to family members and influential people.

Addressing a large number of women present in the gathering, the Chief Minister said that women have been hit the hardest by inflation as all goods have been taxed. He said that if the BJP government continues to impose taxes at such a pace, the day is not far when even breathing will be taxed.

The Chief Minister further said that 100 Aam Aadmi clinics have been opened in Punjab for imparting quality health services to people. He said that in similar way the schools are being transformed into schools of imminence. Bhagwant Mann also said that 600 units of free power are being given to every household in Punjab.

The Chief Minister said that the huge crowd in rallies was a testimony to fact that AAP will form government in Gujarat. He said that BJP has been baffled by massive response to the party in state. Bhagwant Mann appealed the people to vote for AAP to carve out a vibrant and progressive Gujarat.