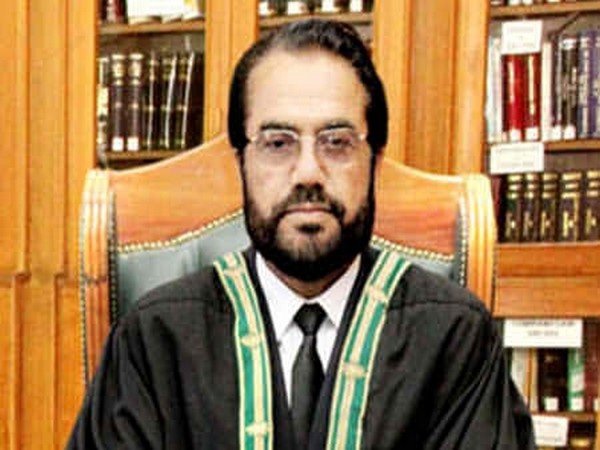 Assailants opened fire at Muhammad Noor Meskanzai outside the mosque in the Kharan area, which left him gravely injured, Kharan Superintendent of Police Asif Halim told Dawn. The former chief justice was taken to a nearby hospital, where he died of his injuries, the report said.’

Bizenjo said that the “cowardly attacks of the enemies of peace cannot intimidate the nation”.
Maskanzai authored the landmark judgement that declared the Riba-based banking system against the Sharia.

Quetta Bar Association (QBA) President Ajmal Khan Kakar also condemned Muskanzai’s killing. He said every citizen of Pakistan was deeply saddened by the death of the former judge.
“We strongly condemn this incident and demand that the killers must immediately be arrest and brought to book,” Ajmal Kakar was quoted as saying by Dawn.

This comes amid the deteriorating security situation in the country.
Earlier this month, Pakistan’s State Minister for Law Shahadat Hussain conceded that terror activities had witnessed a sharp increase.

The highest number of terror incidents in Pakistan this year was recorded in September, said an Islamabad-based think tank pointed to the resumption of attacks by the outlawed Tehrik-i-Taliban Pakistan (TTP).

The number of terror attacks increased in September compared to August this year, the Dawn said in an earlier report citing the Pakistan Institute for Conflict and Security Studies (PICSS).

September witnessed 42 militant attacks with an increase of 35 percent compared to August. The Pakistani think tank also observed an increase of 106 percent in violence in erstwhile Fata and Khyber Pakhtunkhwa (KP).

In August this year, the think tank said the militants carried out 31 attacks across Pakistan, in which 37 people were killed and 55 others injured.