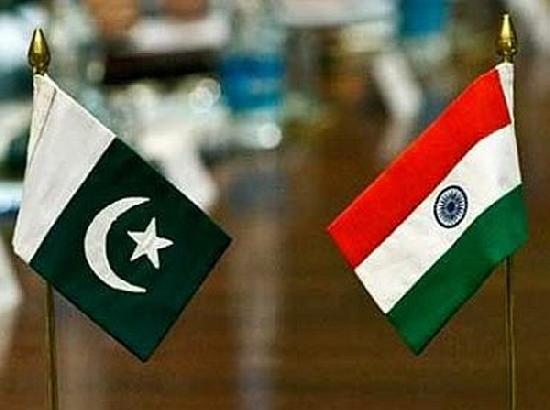 Pakistan Finance Minister Miftah Ismail on Wednesday said that international agencies have approached the country’s government to allow imports from India through the land border, however, the Pakistan government can consider it only after assessing the supply shortage position after consulting with its coalition partners and key stakeholders.

“More than one international agency has approached the govt to allow them to bring food items from India through the land border. The govt will take the decision to allow imports or not based on supply shortage position, after consulting its coalition partners & key stakeholders,” the federal minister tweeted.

As per media reports, amid food security concerns due to catastrophic floods, the federal minister on Monday said that Pakistan can consider importing vegetables and other edible items from India.

“The country’s government can consider importing vegetables and other edible items from India” for the facilitation of the people in wake of the destruction of standing crops in Pakistan due to recent floods, Miftah Ismail said.

In August 2019, relations between the two countries hit a new low after Pakistan decided to downgrade diplomatic ties with India, recall its high commissioner from New Delhi, expel the Indian envoy to Islamabad and suspend bilateral trade.

On August 4, Union Minister of State (MoS) for External Affairs V Muraleedharan said that there had not been any progress between India and Pakistan since 2019 regarding the resumption of trade.

Asked whether there was any progress concerning the resumption of trade ties with Pakistan, the minister in a written response to the Rajya Sabha, said, “In August 2019, Pakistan announced the suspension of bilateral trade with India. Pakistan partially relaxed its ban on trade with India in September 2019 by permitting trade in certain pharmaceutical products. There has not been any progress regarding the resumption of trade with Pakistan since then.”

In June, Pakistan Foreign Minister Bilawal Bhutto-Zardari emphasized the country’s interest in trade and engagement with India saying that Pakistan was isolated on the world stage due to past policies.

Meanwhile, in Pakistan, over 5.7 million people have been affected as the country faces the worst rain-induced flooding in its history. The rescue, relief, and rehabilitation in the country continue.

At least 1,033 people have died while 1,527 have been injured since June 14 from the rains and floods, Geo News reported citing National Disaster Management Authority (NDMA).

Cumulative data from June 14 from across Pakistan showed that 3,451.5 km of road has been damaged, 149 bridges have collapsed, and 170 shops were destroyed.

The floods affected the lives of millions of people after which the Pakistan government declared a “national emergency”.