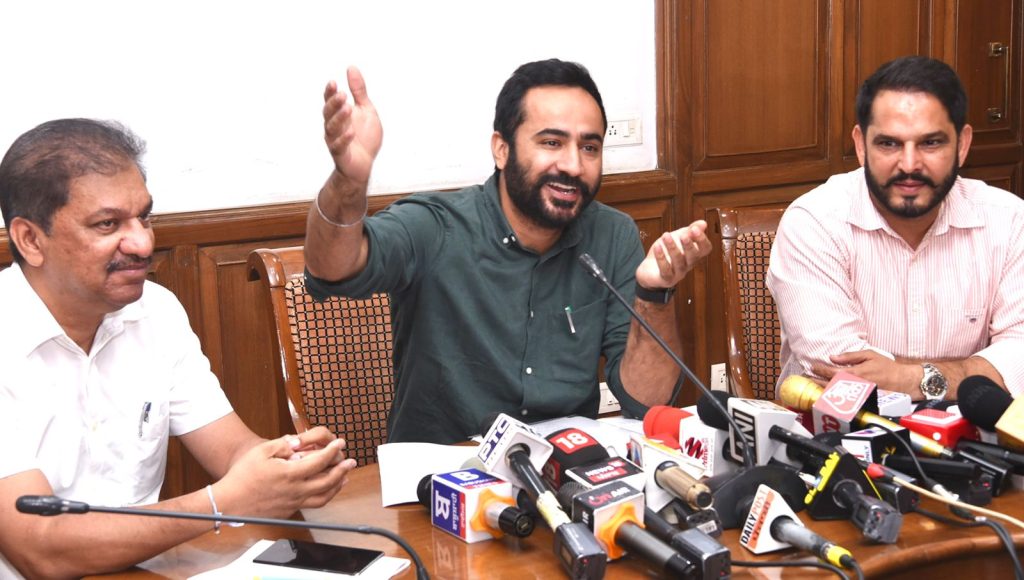 In line with the commitment of Chief Minister Bhagwant Mann to once again make Punjab a leading state in sports, the Sports department has launched the ‘Olympian Balbir Singh Senior Scholarship Scheme’ to encourage the sportsmen at the grassroots level to prepare them for international level competitions.

This was announced by Punjab Sports Minister Gurmeet Singh Meet Hayer during a press conference at Punjab Bhavan here today.

Meet Hayer said that Punjab is the first state in the country to start this unique scheme for eminent national players named after the legendary Hockey player Balbir Singh Senior.

The Minister further said that health insurance is also being started for the players. Apart from providing sports equipment to the players, New coaches to be recruited at large scale. The diet of day scholar players has been increased from Rs.  100 to Rs 125 and the diet of hostel players has been increased from Rs. 200 to Rs. 225. A new sports policy is being brought with the opinion of sports experts, the purpose of which is to recognize the talent of the players and prepare them for the competitions. Giving diet, coaching, sports equipment, jobs and cash prizes for the players will be a key factor of the policy. The aim of the State Government is to get Punjab’s sportspersons to participate as much as possible in the Paris Olympic Games in 2024 and the Los Angeles Olympic Games in 2028.

The Minister said that Punjab has a rich background in sports and the state has given the country famous athletes. At the international level, the sportsmen of Punjab have achieved great fame by representing the country in large numbers, but due to the neglect of sports and sportsmen by the successive governments, Punjab gradually fell behind. Till 2001, Punjab was number one in National; Games. After that it went down continuously. The government is making continuous efforts to bring Punjab back on the sports map.

Under the directives of the Chief Minister, the roadmap for ‘Khedan Watan Punjab Deyan’ was drawn up to create a sports-friendly environment in the state, which is going on in an excellent manner. More than two lakh players are participating in these games. The Chief Minister awarded Rs. 9.30 Crore to the 23 players of Punjab who made a name for themselves in the Birmingham Commonwealth Games-2022. First time, the players who participated in the games got Rs. 5 lakh each. For the upcoming National Games, the State Government gave Rs. 50 lakh to Punjab Olympic Association for Punjab contingent besides sanctioning Rs. 6 Crore for shooting ranges, added the Minister.