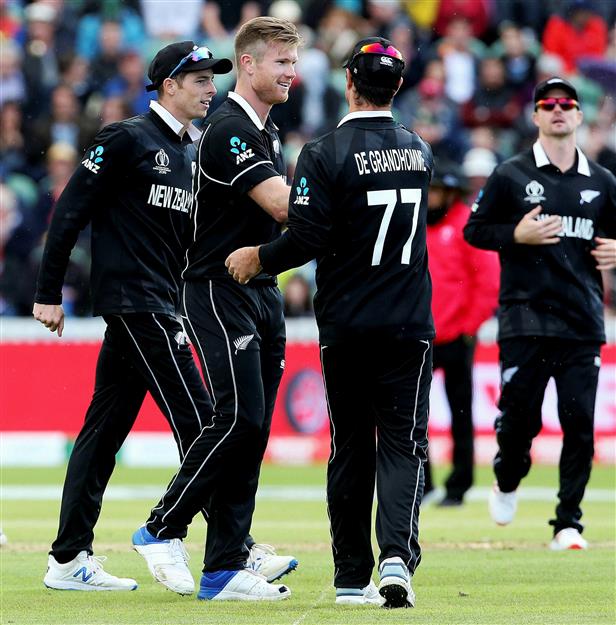 New Zealand pacer Doug Bracewell has been called in as a replacement for the injured Matt Henry in the ODI squads for India and Pakistan.

Henry was ruled out of the white-ball series against Pakistan and India after suffering abdominal strain on the final day of the second Test in Karachi.

The 31-year-old fast bowler will require two to four weeks of rest and rehabilitation.

Bracewell, with 68 international caps, had featured in the ODI series at home against the Netherlands last April. The 32-year-old has been in good form with bat and ball in domestic cricket. He will reach Pakistan on Wednesday.

Pace bowler Jacob Duffy has been named as a replacement for Tim Southee for the India tour.

The squad will travel to India after their three-match ODI series concludes in Pakistan on January 13.

The Black Caps begin their white-ball tour of India with the first ODI at Hyderabad on January 18, followed by matches in Raipur and Indore.

“Doug is a quality bowler with a lot of experience and we feel his skills best compliment the bowling mix we already have in the squads for Pakistan and India,” Stead told New Zealand Cricket (NZC) on Monday.

“He has experience across all three formats at international level, has experience in the subcontinent, and has already shown his range of skills this season.”

On Henry, who picked up the injury on the final day of a drawn Test in Karachi, Stead said, “Matt has been one of the leaders of our ODI attack for a number of years and I know he’s disappointed to be missing out because of injury.” “With important home series coming up, it’s vital he has time to recover properly over the coming weeks.”