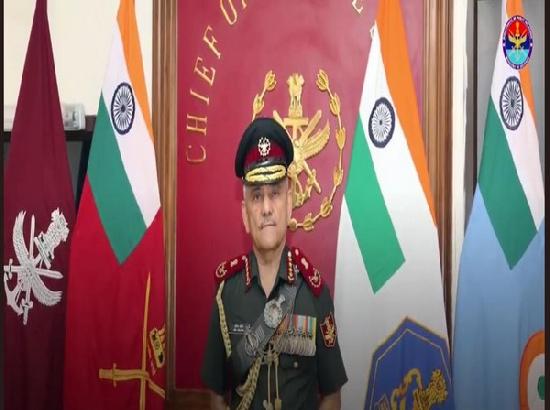 In his maiden communication with the three defence forces, new Chief of Defence Staff (CDS) General Anil Chauhan has asked the Army, Navy and Air Force to make a move ahead towards the creation of integrated theatre commands.

The CDS would also be visiting Jodhpur on October 3 to witness the induction of the Light Combat Helicopter into the Indian Air Force with Air Chief Marshal VR Chaudhari in his first visit outside Delhi after taking over his new office. The post of Chief of Defence Staff was created in 2019 and one of the top mandates was to create theatre commands to help Army, Navy and Air Force fight the next wars jointly.

“The CDS has communicated to the defence forces to move ahead on creating theatre commands which would be his priority area. A lot of discussions have already been done on the issue and it is now time to move forward,” government sources told ANI.

The three services have also done several studies in individual capacity as well as joint ones to discuss the issue of theatre commands in detail, they said.

As per the earlier plans, western and eastern land-based commands along with a maritime theatre command were to be created. Air Defence Command was also to be created and the Ladakh region was to be left out for the time being.

However, the Indian Air Force while supporting the creation of theatre commands expressed its views against creating too many of them which could lead to the division of its existing assets like fighter aircraft.

It was also against any land or maritime commands and wanted theatres to be created to deal with specific threats from different sides.

With CDS Gen Chauhan in office now, the creation of these commands is likely to gain momentum and decisions in this regard are expected to be taken soon.