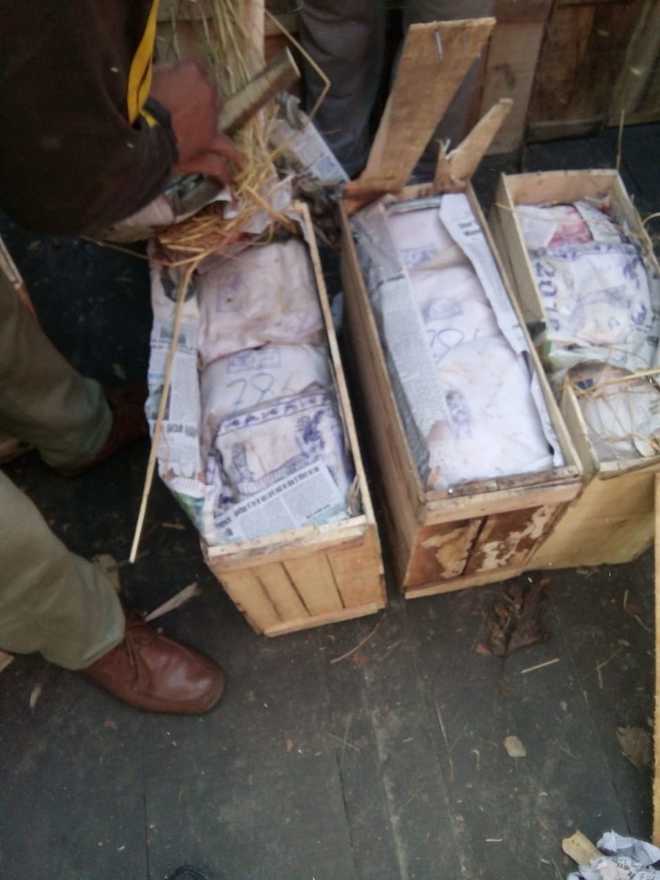 The Narcotics Control Bureau has seized drugs, including some concealed in photo frames which were to be smuggled to Doha, worth Rs 1 crore in different operations here in a week and arrested four people, an NCB official said.

The seized drugs include 19 kg of ganja, 1.15 kg of hydroponic weed,13,500 Nitrazepam tablets and 3,840 Tramadol tablets and some international drug syndicates have been identified following the arrests, he said.

The NCB had got inputs about an international drug trafficking syndicate preparing to smuggle out high grade Bud (commonly known as hydroponic weed) to Doha in Qatar through the courier parcel mode.

Details of the parcel, which was on the verge of an international shipment upload, were gathered and it was immediately held back for inspection on Monday, the official said.

The parcel contained 10 photo frames with religious scriptures but upon close examination, 1.15 kg of high quality hydroponic weed was found concealed inside the frames, the official said.

The NCB had also received inputs about an interstate trafficking of Nitrazepam tablets to be carried out shortly.

On Tuesday, the NCB mounted a surveillance and nabbed a key associate of the syndicate with a parcel containing the tablets and its receiver, who was to distribute them in Mumbai, the official said.

The two arrested accused, hailing from Mumbai, were in contact with many traffickers in other states also, he said.

The NCB also got to know about international syndicate planning to carry out illicit trafficking of Tramadol tablets through a courier parcel from Mumbai to the US.

Based on this information, the NCB sleuths went to courier office here on last Thursday and found a parcel box in which the Tramadol tablets were concealed, and it was “mis-declared as a legit item”, the official said.

The NCB had also received inputs about an interstate ganja trafficking syndicate conspiring to transport a consignment from Dhule to Mumbai.

This led to the identification of “two carriers” and their bus route, the official said.

As the two persons alighted from a bus here last Friday, the NCB sleuths nabbed them and recovered 19 kg of high-quality ganja from them, the official said.

The contraband was sourced from the Andhra Pradesh-Odisha region, he said.

All the arrested persons are seasoned traffickers and into the illicit drug business for the past five to seven years, the official said.