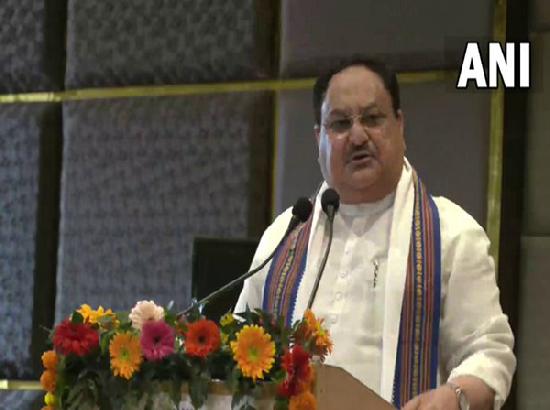 Bharatiya Janata Party National President JP Nadda asked everyone including the opposition Congress to come forward and extend support for the development of Himachal Pradesh.

Addressing the public in Bilaspur, Nadda advised the audience to vote for the one whom they feel is more concerned and sensitive towards their issues, regardless of the party.

“Do not look for BJP, Congress (while voting), see who is concerned for you. BJP is concerned for you. I would even ask Congress persons to come and support us. We are given the chance for (state’s) development, let us do, strengthen us. If I make roads, universities -will only people from BJP use them?,” BJP national president said seeking “collective support” for the betterment .

He said he will not lay the foundation stone of the government’s Rs 103 crore project, for which the amount was sanctioned in just four days, till other steps are yet completed.

“The amount for the project has been sanctioned in just four days, however I will lay the foundation of the project only after the other crucial aspects are met by soil testing, tender release, and project formation.”

He further appreciated the intent behind the AIIMS Bilaspur constructed at a cost of more than Rs 1,470 crore. At its inauguration, PM Modi announced that the institution will be called ‘Green Hospital’.

This ‘Green Hospital’ will prevent the need for the citizens to go to the Post Graduate Institute of Medical Education & Research (PGI), Chandigarh for medical reasons, but if people still need it, a road will soon be constructed to connect the regions, Nadda said.

JP Nadda added that he sees the state developing at a face pace under the leadership of PM Modi as he led to the successful completion of various projects, here.

He also mentioned the former party leaders and said that they would be taking a sigh of relief as the country is moving towards betterment under the farsighted vision of PM Modi.