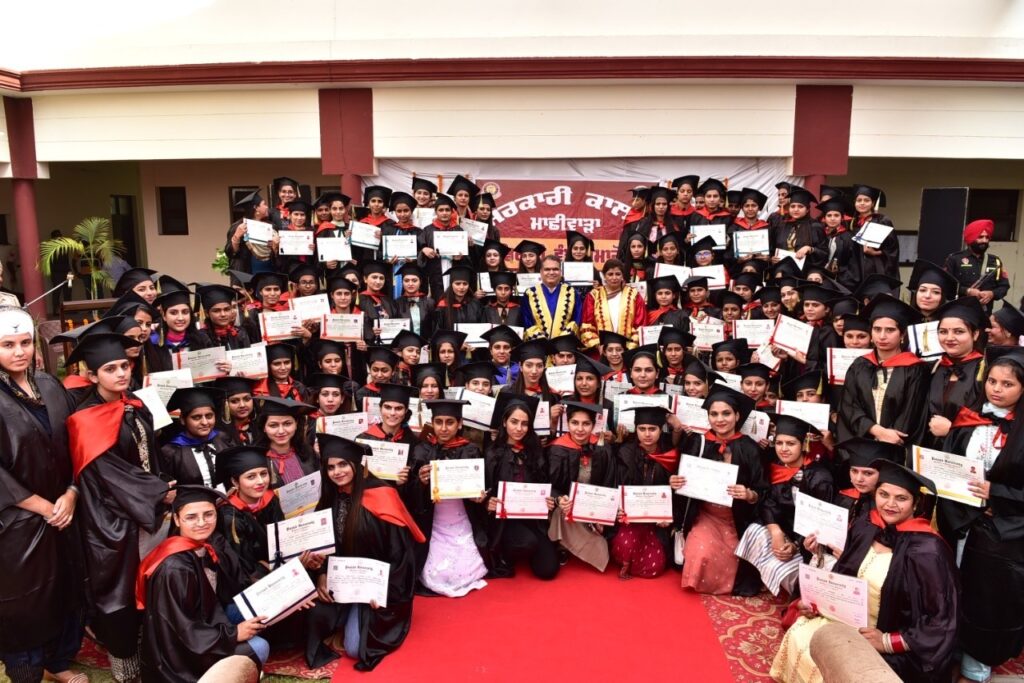 Giving his convocation address as chief guest at the first convocation of Government College at Machhiwara, Sanjeev Arora, MP (Rajya Sabha) has announced a grant of Rs. 20 lakh out of his MPLAD Fund for meeting out some immediate requirements of the college located in the rural and remote belt of the district.

Arora was addressing the convocation after distributing degrees to about 150 girls’ students. The principal Harpriya Singh had highlighted some of the immediate requitements such as metaling of entry road from main road to porch, construction of boundary wall, construction of seminar room and requirement of furniture for classes following which Arora immediately agreed to announce a grant out of his MPLAD Fund.

Arora lauded work done by Principal Harpriya within a period on 1 year from when this college was converted into Government College. She changed the college from Women College to Co-ed and increased strength of students from 300 to 600. She also took care of maintaining standards and doing best from limited resources. Academic results also improved a lot.

In his address, Arora congratulated all the girls’ students who were given degrees and said receiving a degree is a lifelong memory for everyone. He said he was delighted to see the girls’ power in the rural belt, adding that there was a time when parents especially in rural areas did not prefer to impart education to girls. He asked the degree holder female students to utilize their degrees either by working or becoming self-employed instead of sitting idle at their homes even after getting marriage.

Arora said he had been told that many youths from the area prefer to go abroad for better career options instead of seeking career options in the country itself. He said the youth must understand that the overall scenario has changed over the period and now, there are a lot of opportunities in India, resulting to which there are many people who are returning to their homeland from foreign nations. The economy of the country has improved a lot, which is evident from the recent statements given by the heads of US and Russia. Also, our Hon’ble CM Sardar Bhagwant Mann is working diligently for providing maximum employment for youth of State.

Motivating the students, Arora asked them to always adopt cheerful outlook towards life and never give up and dishearten. He also asked the students to work for the suffering humanity and society as well. He said,” It’s not the marks you get in the examination count rather it’s mark you leave in the society.”  He also asked the students never try to copy anybody in their life they should choose their own path according to their own choice and capabilities. He also suggested the students to work for improving and protecting environment and use social media platforms in a positive manner.

The campus of the college is spread over an area of six acres. Earlier, the college was known as National College for Women. However, it was taken over on 29th September 2021 by Punjab Government following which the college was named as Government College, Machhiwara. This institution has been granted permanent affiliation for BA, BCom, BSc (N.M.), BSc (F.D.), BCA, PGDCA classes and running self-finance courses at Graduate level by Panjab University Chandigarh. This institution is really an asset for the region.