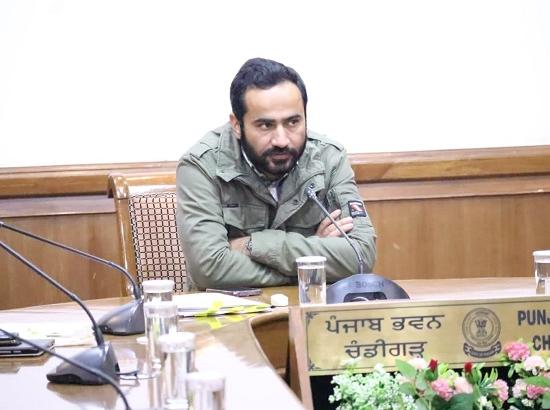 Meet Hayer said that the Bhagwant Mann-led state government is fully committed to encourage the usage of novel technological initiatives in the core sector of Science and Technology to boost research. He further said that the Portal provides end-to-end holistic information regarding STI Ecosystem of the State on a single platform. The Portal also provides access to information on the vast resources existing in the State in terms of infrastructure, facilities, equipment, research expertise, incubation & acceleration spaces, technologies available with various institutions/organizations etc. which could be used by students, innovators and industry within and outside the State.

Dr. Dutta applauded the efforts of PSCST for making Punjab the first State to develop the Portal. He informed that PSCST has emerged as a Model S&T Council and hence was entrusted with the responsibility to develop the State STI Data framework as well as the Portal. He further shared that it will now be emulated by other states in the country.

Dr. Jatinder Kaur Arora, Executive Director, PSCST made a brief presentation about key features of Data Portal. She informed that the initiative was taken up with the foresight to map and strengthen STI Ecosystem of Punjab.  The Model STI Data Architecture Framework has been developed to provide information on about 50 STI indicators, for which, all relevant stakeholders from the state viz. Research Institutions, Scientific Organizations, Universities, Development Departments etc. have been taken on board.

Dr. Rashmi Sharma, Scientist F, Department of Science and Technology, Government of India shared that the DST, GoI envisions to strengthen this initiative by supporting setting up STI Data Centres in Punjab as well as in few other States which will be taking lead in emulating the model developed by Punjab.

Dr. Dapinder Bakshi, Joint Director, PSCST informed that the Portal has been developed in collaboration with Centre for Technology, Innovation and Economic Research, Pune and CDAC Mohali.

The Launch Event was attended physically/virtually by heads of various Universities and Institutions from the State as well as those of Science and Technology Councils across the country.