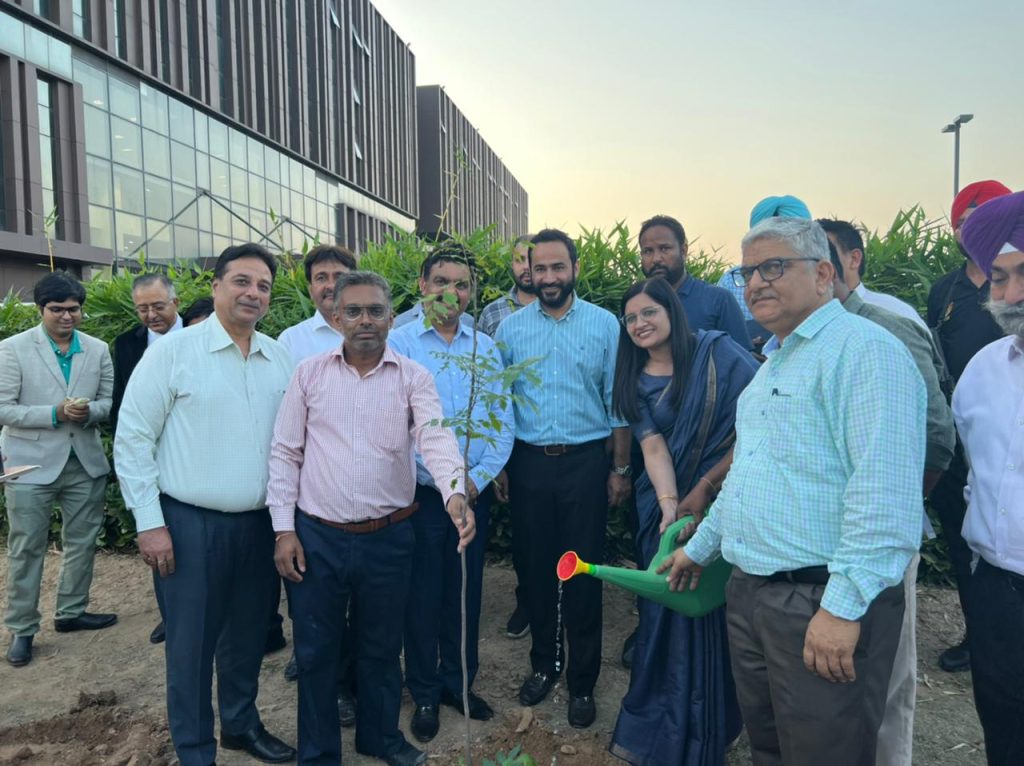 Environment Minister Punjab Gurmeet Singh Meet Hayer today gave a clarion call for joining hands to improve the air quality, so that our coming generations can breathe in clean air and blue SKIES to achieve the Sustainable Development Goals by 2030.

Addressing the gathering in a State level function to mark the International Day of Clean Air for Blue Skies organised by Punjab Pollution Control Board (PPCB) at Amity University Mohali.

On this occasion, a Memorandum of Understanding (MOU) was signed between I.I.T New Delhi and Punjab Pollution Control Board. A sapling was also planted in the campus by the Environment Minister.
He said that under the leadership of Chief Minister Bhagwant Mann, continuous efforts are being made by the state government to preserve the environment. Funds have been kept for installing solar panels in government educational institutions. Besides imposing a complete ban on single-use plastics many other projects have been started including. cleaning Budha river from Industrial pollution. He said that protecting the environment is a common responsibility of all of us.

Giving an example, Meet Hayer said that during the lockdown, the blue sky and the range of Shivalik and Dhauldhar hills were clearly visible from the cities of Punjab. Our aim is to create such an environment as usual. The need and importance of oxygen, which nature gives us for free, was dearly felt during COVID. He said that although industrial development came much earlier in foreign countries, the clean environment there is better than ours. He said that we have been taught by our Gurus about the importance of air, water and earth. He said that climate change is the main issue nowadays and we are standing at a decisive moment. In the past, the adverse effects of climate change were also seen in major developed countries. He said that industry is also necessary for development, but any tampering with the environment will not be tolerated. He said that the state government is giving equal opportunities to the industries and no industrialists will be discriminated against and the law is equal for all.

The Minister said that the day was designated by the United Nations General Assembly on September 7th, 2020 to strengthen international cooperation in improving air quality and reducing air pollution. He said that the current year’s theme of “The Air We Share” focuses on the trans-boundary nature of air pollution, stressing the need for collective accountability and action. Describing air Pollution as a global health emergency, Hayer bemoaned that polluted air affects 99% people on the planet and kills around 7 million people around the world. Addressing the students, he said, “You are our future and we are making every efforts to leave a clean environment for you.”

The Environment Minister said that clean air is one of the most important elements for the existence of human life on earth. He further said that it is the collective responsibility of governments, policymakers, industries, private organizations and all individuals to make efforts to improve air quality and protect the environment.

The Minister said that the state government is carrying out various activities by indulging various stakeholders. He said that the private sector and industrial sector can also drive rapid change and provide sustainable solutions towards providing better air quality. Hayer said that the last decade has seen a global swing towards electrical vehicles, driven by innovation and government support.