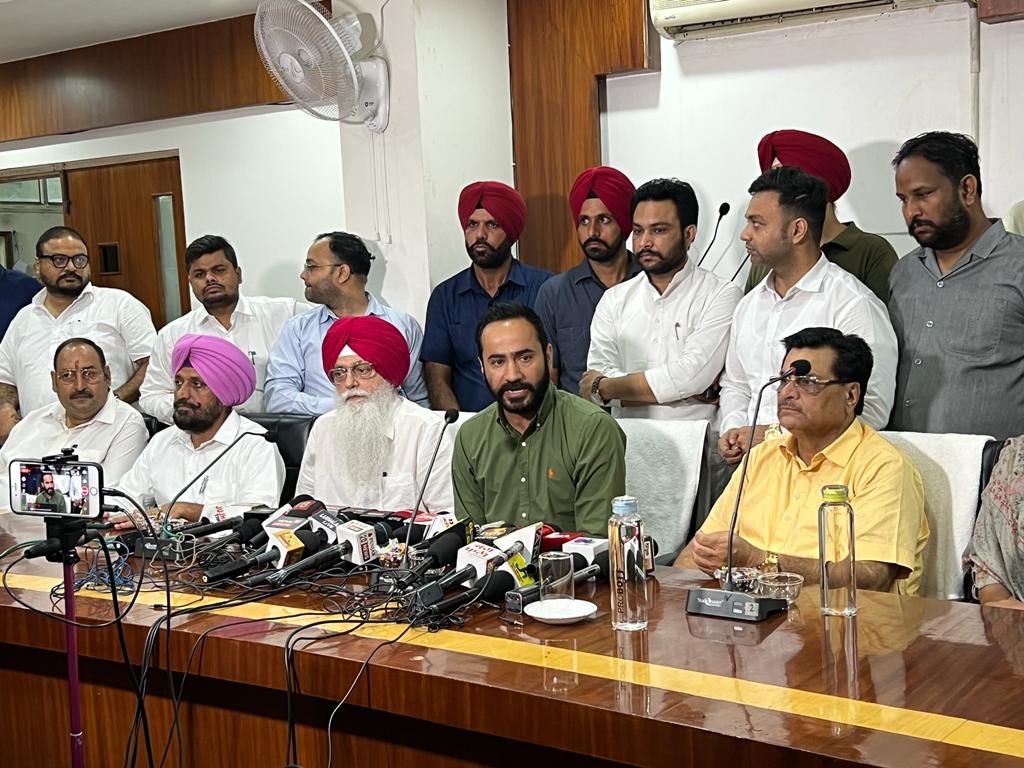 After scrutinizing ‘send back applications regarding citizen-centric services’ due to unnecessary objections by some MC officials, the Cabinet Ministers reached Sewa Kendra and quizzed concerned failing which they ordered a probe by a committee under supervision of MC Commissioner Dr Shena Aggarwal to check ‘malafide intentions’ behind pendency.

The Ministers said that Ludhiana had 0.42 percent, highest pendency rate of send back files which was matter of concern. A total of 539000 applications were received in Ludhiana and 2276 applications were pending before stipulated timeframe as mentioned under Right to Servics Act. Following which it was decided to look into this and each file was scanned by Government Reforms department and surprisingly top five officials (responsible for scrutinising these files) with highest “send back pendency) were from Ludhiana. They said that to ensure transparent services to the people in the Sewa Kendras, the specially designed boards displaying the facilitation charges will be installed outside all Sewa Kendras.

Reiterating commitment of Bhagwant Mann government to facilitate the people by ensuring hassle-free and smooth services, Gurmeet Singh Meet Hayer and Dr Inderbir Singh Nijjar pointed out that any kind of harassment to the people will not be tolerated at any cost and added each file is being deeply studied at high level. They said that Punjab government was working round the clock to bring major reforms in citizen service delivery system by adopting e-governance in its functioning to facilitate people with ease.

It is pertinent to mention that while reviewing the working of Sewa Kender, it was found that State has 0.9% average of send back while the average of Ludhiana pertains to 6%. Many unnecessary and unclear objections like ‘call the applicant’, ‘attach mother school certificate copy’, ‘Last Cremation slip mismatched’, ‘Clear the objection’ (without mentioning objection) were raised by dealing officials which caused lot of harassment to citizens. This also increased the pendency of approval of services. Hence, both the ministers made a surprise check at Sewa Kendra, Ludhiana.

The Cabinet Ministers asserted that Punjab government is preparing roadmap to deliver the  citizen services at the doorsteps so that people don’t have to stand in queues or make rounds of public offices for availing the facility. They said that for ease of Public, the Punjab government is preparing a mechanism under which documents for various services would be collected from the applicant’s doorstep and later delivered back.