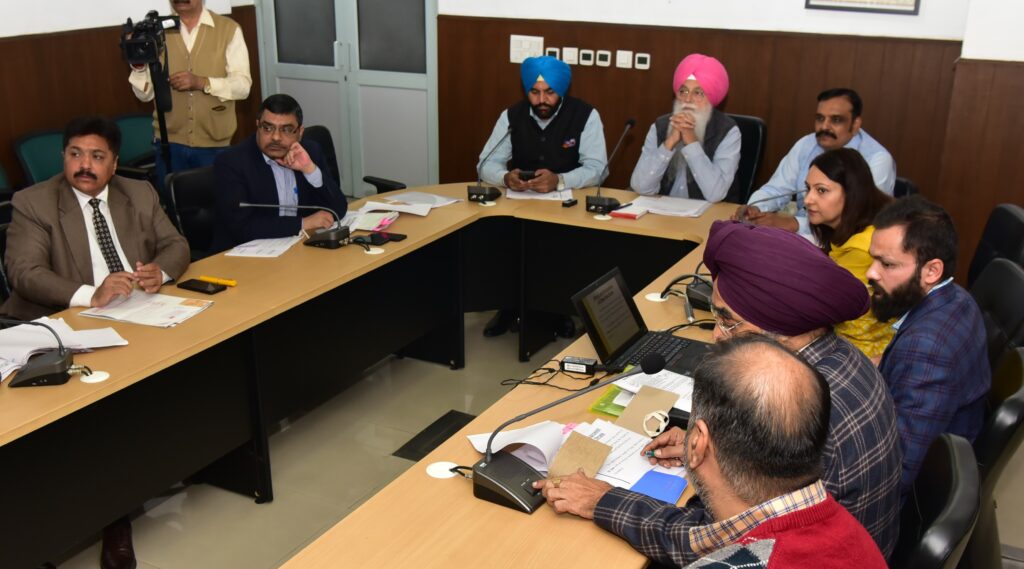 As part of the commitment to provide a clean and livable environment to the people of the state, Chief Minister Bhagwant Mann-led government has decided that a rejuvenation project of the Tung Dhab drain in Amritsar will be designed on the lines of Buddha Nullah.

Presiding over an important meeting of urban and rural area committees formed to clean the drain, the Local Government Minister Dr. Inderbir Singh Nijjar said, in order to make the state pollution-free, more attention towards cleanliness of the rivers, streams and seasonal drains is the need of the hour.

While focusing on various aspects to clean the Tung Dhab drain, Dr. Nijjar said that cleaning project should be divided into three parts for dealing with industrial, dairy and domestic waste separately.

The cabinet minister was apprised that 39 industries are situated along the 20 km long drain passing through the city. Of which 19 industries are water polluting and discharging 28 MLD polluted waste into Tung drain. Similarly, the domestic Sewerage of 17 villages is falling into drain. Apart from this, 176 dairies discharging about 550 KLD waste, throwing livestock dung and other animal waste into the Tung Dhab drain.

Dr. Nijjar instructed the officials of Punjab Pollution Control Board (PPCB) to strictly prevent industrial waste containing toxic chemicals from falling into the drain and to ensure constant checking of the industries. He said that Common Effluent Treatment Plants (CETPs) should be set up in industrial areas as per the requirement. The Minister directed the officials of Punjab Small Industries and Export Corporation (PSIEC) to initiate action to immediately deliver land to PPCB for setting up CETP. Similarly, he also asked the officials of the Punjab Water Supply & Sewerage Board to initiate the process of expansion of the two sewage treatment plants (STPs) of the city.

The cabinet minister directed the officials of the MC Amritsar and Rural Development department to collect cow dung and other waste from the dairies in and outside the city periphery to prevent the dairies from falling waste into the drain. He said that simultaneously, prepare a proposal for setting up a biogas plant so that cow dung and other waste from dairies could be utilised and the usage of the gas produced from this plant, can be ensured. Dr. Nijjar said that the officials of the district administration and rural development department should prevent the Sewerage of the villages into the drain.

The Cabinet Minister also directed the drainage department to submit a proposal at the earliest to release clean water in the drain, saying that this process would prove effective in cleaning the drain. He also directed the Secretary, Local Government to form a district-level joint committee to resolve the problems for early completion of the cleaning project.