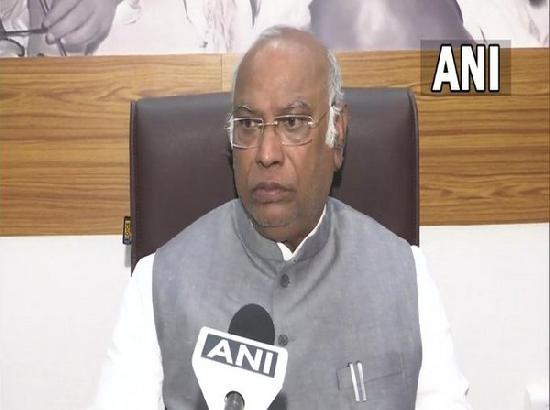 The newly elected president of the Indian National Congress Mallikarjun Kharge will take charge of the post on Wednesday at the All India Congress Committee (AICC) headquarters in Delhi.

All Congress Working Committee members, MPs, Pradesh Congress Committee presidents, CLP leaders, former CMs, former State presidents, and other AICC office bearers are invited to the programme. The invitation has been sent to all the above stakeholders by the General Secretary organisation KC Venugopal. Chhattisgarh Chief Minister Bhupesh Baghel on Tuesday said that he would also be presented at the event.

“Mallikarjun Kharge will take charge as the national president of the Congress party. I too have been asked to be present at the occasion. So, I am going to Delhi,” he said in Raipur.

Kharge beat his opponent Shashi Tharoor by a huge margin in the race to the party’s top post, thus becoming the first non-Gandhi to take over the office after 24 years.

Kharge got 7,897 votes in the presidential contest while his opponent Tharoor received 1,072 votes in the voting held on October 17.
Soon after his poll victory, Kharge said that the party has presented an “example of strengthening the country’s democracy by conducting organisational elections” at a time when “democracy is in danger” in the country.

Addressing the media after his victory, Kharge said Congress has “continuously strengthened democracy” in the 75-year history of the country and protected the Constitution.

“Now when democracy is in danger and Constitution is being attacked, and every institution is being broken, Congress has presented an example of strengthening the country’s democracy by conducting organisational elections at the national level. I thank everyone connected with the election,” he said.

He also congratulated Tharoor and said that they discussed methods to take the party forward. Tharoor had visited Kharge’s residence to congratulate him on his victory.

“I want to congratulate my partner Shashi Tharoor as well. We were contesting the election as representatives. He met me and we discussed how to take the party forward,” Kharge said.
Also, Kharge will visit poll-bound states like Himachal Pradesh and Gujarat soon.