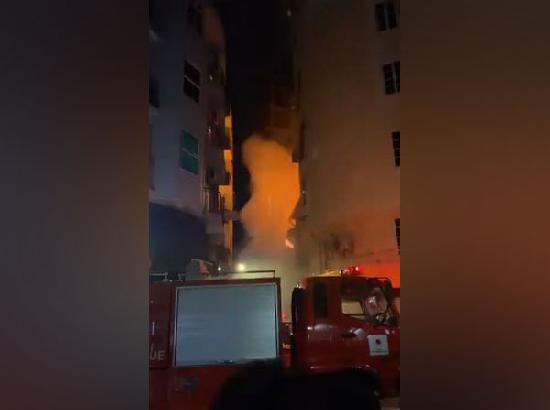 The Indian High Commission in Maldives condoled the loss of lives after 11 people died in the fire incident in the Maldives capital Male, including 8 Indian nationals.

Taking to Twitter, the Indian High Commission in the Maldives said, “We are deeply saddened by the tragic fire incident in Male which has caused loss of lives, including reportedly of Indian nationals. We are in close contact with the Maldivian authorities.” Earlier today, a fire erupted at a garage in M. Nirufehige in the Maldives where 11 people lost their lives.

According to authorities, 11 people died in the fire incident. Eight of the deceased were Indian nationals while one person was from Bangladesh, AVAS reported. The nationalities of two other victims remain unknown so far. The sources revealed that some of the deceased people were trapped in their rooms and bathrooms, the report said.

The hospital confirmed that 10 bodies were found in the building. The National Disaster Management Authority (NDMA) is assisting the victims and the people who have been evacuated from nearby buildings. The NDMA has created a temporary centre at Maafannu Stadium to assist the victims of the fire.

Ibrahim Rasheed, Maldives National Defence Force (MNDF)’s Fire and Rescue Service Commander, said that the incident happened in a building where a large number of Indian, Sri Lankan and Bangladeshi migrant workers lived, as per the report.

MNDF confirmed that the bodies of 10 of the 11 deceased were recovered from the building. Ibrahim Rasheed further stated that it is difficult to identify the gender of the deceased.