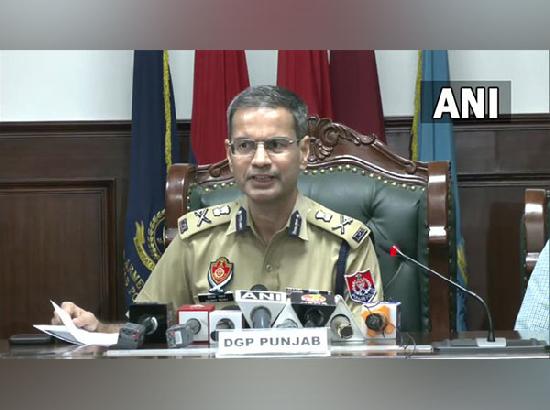 Amid the ongoing crackdown on drug dealers and peddlers in Punjab, Director General of Punjab Police Gaurav Yadav on Tuesday said “licensed arms have been found to be used in about 60 per cent of the state’s crimes.”

The remark came on a day the Punjab Police said it had recovered 12 grams of heroin during search operations at the Ghoda colony in the Ludhiana district. The search operation was led by DGP Yadav and also involved high-ranking police officers from different cities of the state.

The DGP further said the search and serizure operations against drugs will be intensified in the coming days.

On the direction of Chief Minister Bhagwant Mann, in a bid to make Punjab a drug-free state, extensive anti-drug drives have been launched by the Punjab Police to combat the menace in the border State, officials said.

The DGP said he has also directed all commissioners and special comissioners of police to identify the hotspots where the peddling and use of drugs are rampant. All police stations have been instructed to zero in on the drug dealers and pedlers in their respective jurisdictions.

He has also directed the top police bosses to effectively attach the properties of the arrested drug smugglers in a bid to recover their ill-gotten money.

On Tuesday, Punjab Police informed that they have arrested 513 drug smugglers across the state over the last two weeks.

Around 406 first information reports (FIRs) were registered under the Narcotic Drugs and Psychotropic Substances (NDPS) Act, the state police said.

“As many as 46 more proclaimed offenders (POs) or absconders in NDPS cases were arrested in the last two weeks, taking the total number of arrests to 429 since the drive was launched on July 5, this year,” he added.

The DGP had instructed all the CPs and SSPs to investigate backward and forward linkages, if any, minutely in each and every case, especially those related to drug recoveries, even if they recover a meagre amount.