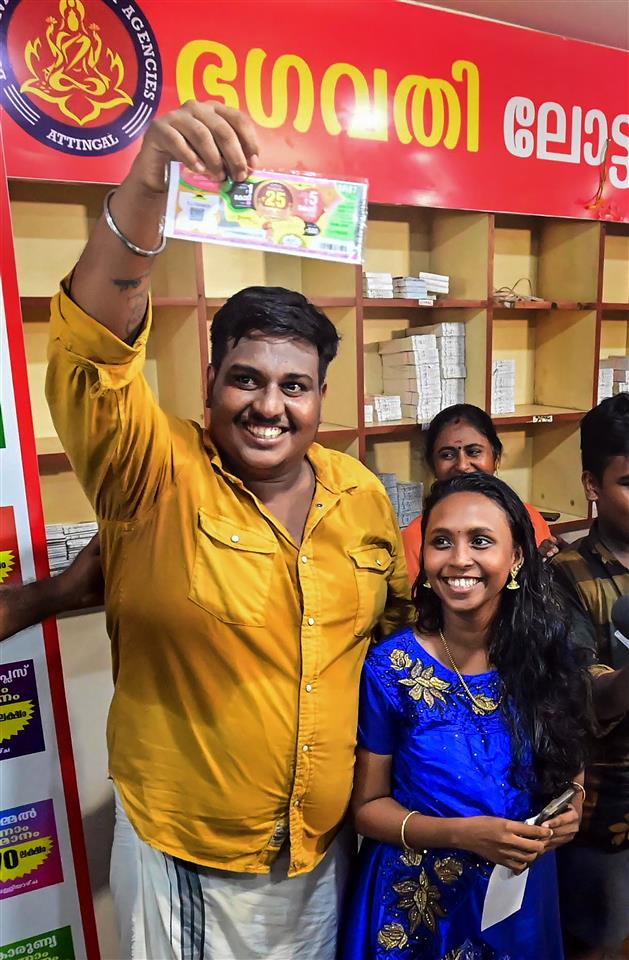 An auto-rickshaw driver, who was planning to go to Malaysia to work as a chef, on Sunday won the Rs 25 crore Onam bumper lottery in Kerala, just a day after his application for a loan of Rs 3 lakh was approved.

Even more interesting is that Anoop, hailing from Sreevaraham here, bought the winning ticket — TJ 750605 — on Saturday.

But it was not his first choice, he told media persons who were present at the agency where he had bought the ticket.

He did not like the first ticket he chose, so he opted for a different one which turned out to be a winner, he said.

Regarding the loan and his Malaysia trip, an ecstatic Anoop said, “The bank called today regarding the loan and I said I don’t need it anymore. I will not be going to Malaysia either.” He has been buying lottery tickets for the last 22 years and has won amounts ranging from a few hundreds to a maximum of Rs 5,000 in the past, Anoop said.

“I was not expecting to win and therefore, I was not watching the lottery results on TV. However, when I checked my phone, I saw that I had won. I could not believe it and showed it to my wife. She confirmed that it was the winning number,” he said.

“But I was still tensed, so I called a lady I know who sells lottery tickets and sent her a picture of my ticket. She confirmed that it was the winning number,” Anoop said.

After taxes are deducted, Anoop would probably take home around Rs 15 crore.

On being asked what he intends to do with the windfall, he said his first priority is to build a house for his family and clear the accumulated debts he owes.