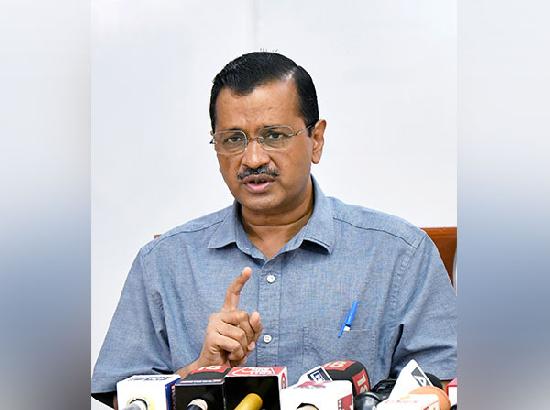 “We will work to fulfill 10 guarantees. We will clean the streets of Delhi and solve the issue of garbage mountains, and beautification of parks will be done,” said Delhi CM Arvind Kejriwal while addressing a press conference. He also promised to make the MCD corruption-free and also solve vehicle-parking problems as part of his manifesto for the MCD polls. MCD workers will be paid on time, assured Kejriwal.

Earlier on November 9, CM Kejriwal chaired a meeting with top officials in the national capital. Earlier, AAP MLAs took part in a crucial meeting under the leadership of Deputy CM Manish Sisodia, and Party’s state convenor and minister Gopal Rai, and they were assigned responsibilities at different levels to prepare for civic body elections to all 250 seats of MCD.

As part of its preparations for the civic body elections, the AAP has also launched the ‘Kude Par Jansamvad’ campaign, wherein AAP officials will listen to people’s garbage problems and discuss their solutions through Jansamvad.

By November 20, the party plans to hold a public dialogue at each of Delhi’s 13682 booths. It has been decided that the party will hold about 500 public meetings per day, and they will be led by party MLAs.

All AAP office bearers have been directed to visit all areas of Delhi, meet with people and try to understand their issues.

The Election Commission has declared the date for Delhi civic body elections, and 250 seats of MCD will go to poll on December 4. The nomination process for the polls has also started.